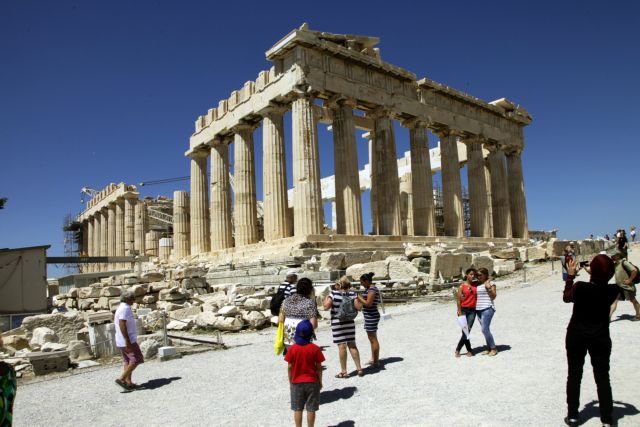 The Minister of Tourism Olga Kefalogianni presented Greece’s latest advertising campaign entitled “Gods, Myths, Heroes” at this year’s World Travel Market. According to Mrs. Kefalogianni “the Greek gods and heroes of the mythology which we all discovered in our childhood guide us across Greece and explain the country’s uniqueness”.

The ad campaign’s main goal is to focus on the true values of life and the didactic myths on ethics, from the ancient to the contemporary world. Mrs. Kefalogianni stressed the importance of Greece’s worldwide “brand name” in tourism and argued that the campaign will showcase the traits that have put Greece on the tourist map.

Mrs. Kefalogianni also had the opportunity to meet with tourist industry and media representatives to discuss the prospects of Greek tourism in 2015. The general secretary of National Tourism Organization (EOT) Panos Livadas met with representatives of TUI Travel PLC and the Thomas Cook Group.