Peristeri: “Excavation carried out in the best scientific way” 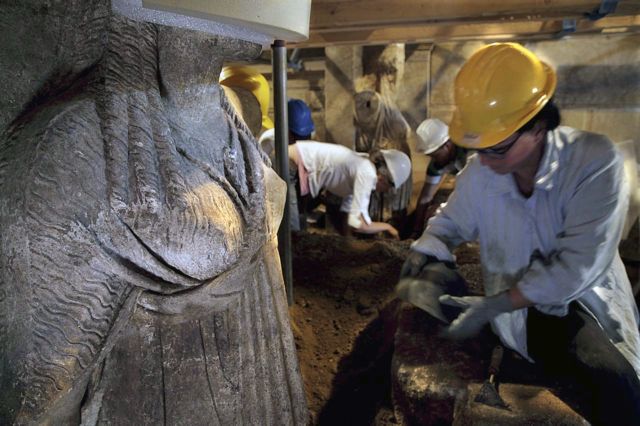 The head of the archeological dig in Amphipolis Katerina Peristeri has stressed that the excavation is “conducted in the best scientific way, at the right time and according to the needs of the work and findings” in response to criticism addressed to the current efforts.

Mrs. Peristeri further noted the special care is taken in removing layers of dirt from the tomb’s chamber, while explaining how the dirt is sifted and that various tools are used according to the dirt’s texture. The archeologist stressed the care that was show in the efforts to uncover the ornate floor mosaic.

About 20 cm of dirt was carefully removed from the floor to uncover the detailed mosaic, while support beams were placed on the side walls ni order to reinforce the tomb’s static integrity. The head archeologist also expressed her dismay at media scrutiny of the efforts, underlining that it is “sad that many non-archeologist repeatedly appear in the media” and make “bitter” comments about the archeological efforts.

According to Mrs. Peristeri, many of these so-called experts that appear in the media are neither archeologists, nor do they have any experiences from any archeological dig. As such, the opinions expressed are “unscientific”, claims the head archeologist.