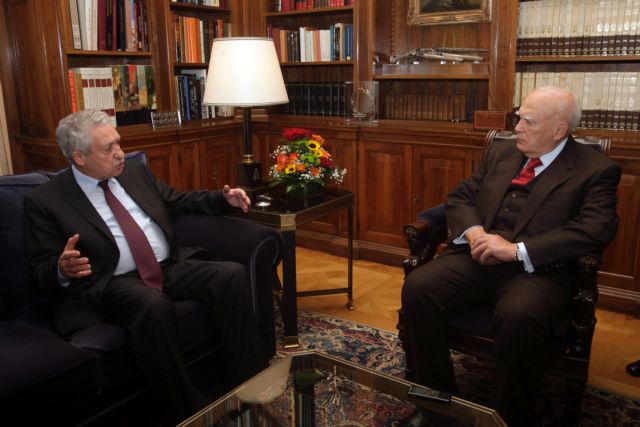 President Karolos Papoulias met with leader of the Democratic Left leader Fotis Kouvelis on Tuesday, following his meetings with Prime Minister Antonis Samaras and the leader of the main opposition Alexis Tsipras on Monday.

During the meeting, Mr. Kouvelis requested that the President calls a council of political leaders in order to address the serious problems at hand. The DIMAR leader stressed that while political disagreements are acceptable as part of a democratic function, differences must be set aside in order to agree upon the debt negotiation.

Mr. Papoulias responded that he pleased to hear of political parties wanting to coordinate, rather than highlight their differences and repeated his call for a political consensus.