President Papoulias to meet Samaras and Tsipras on Monday

The President Karolos Papoulias is scheduled to meet with the leader of the main opposition Alexis Tsipras today at 14:45, while… 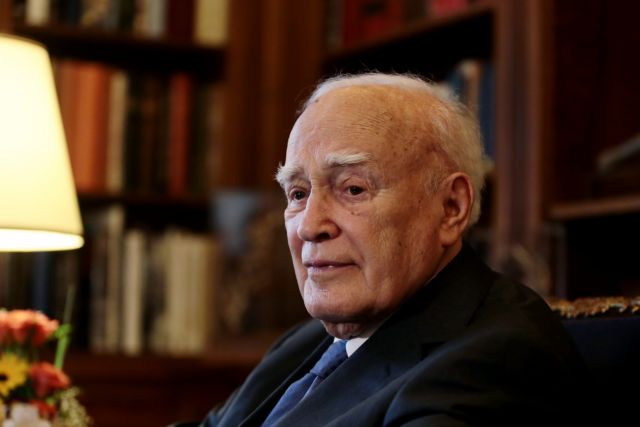 The President Karolos Papoulias is scheduled to meet with the leader of the main opposition Alexis Tsipras today at 14:45, while later in the afternoon he will meet the Prime Minister Antonis Samaras.

The SYRIZA leader had personally requested the meeting and the two are expected to focus their discussion on the Greek economy and recent developments. Mr. Tsipras is said to raise an issue of the government’s legitimacy, in relation to its handling of the 11.4 billion euros available in the FSF.

The new Ministers of National Defense and Growth – Nikos Dendias and Kostas Skrekas respectively – are going to be sworn in at 17:30. Following the ceremony, the President will have a discussion with the Prime Minister.

Mr. Samaras will update the President on the latest developments in the talks with the troika, as well as the government’s goals ahead of the Eurogroup on the 8th of December and the Summit on the 18th of December. Mr. Samaras will also discuss recent Turkish provocations in Cyprus and the upcoming summit between Greece, Cyprus and Egypt in Nicosia.

The President has also arranged to meet with Democratic Left leader Fotis Kouvelis. The meeting was requested by Mr. Kouvelis, who has called for the President to form a council with the democratic parties in order to come to a national consensus in relation to the debt.