The mid-season sale season officially begun on Saturday and Sunday, with shop owners expressing their content about the… 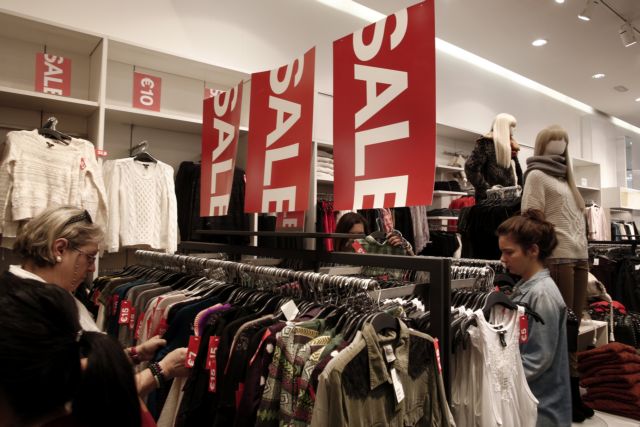 The mid-season sale season officially begun on Saturday and Sunday, with shop owners expressing their content about the traffic generated on the first two days.

The president of the National Confederation of Hellenic Commerce Vasilis Korkidis told the Athens-Macedonia News Agency that the combination of low prices and good weather in conjunction with pensions and wages paid out at the end of the month, meant that many businesses saw their turnover increase.

Mr. Korkidis noted that the clashes between riot police and employees in Thessaloniki, who were protesting against the operation of stores on Sunday, did not mar the overall picture.

Despite an increase in turnover though, business owners appear to be against the operation of shops on Sundays. The mid-season sale period will extend until the 10th of November.