Peristeri: “If the tomb was looted, it belonged to someone important” 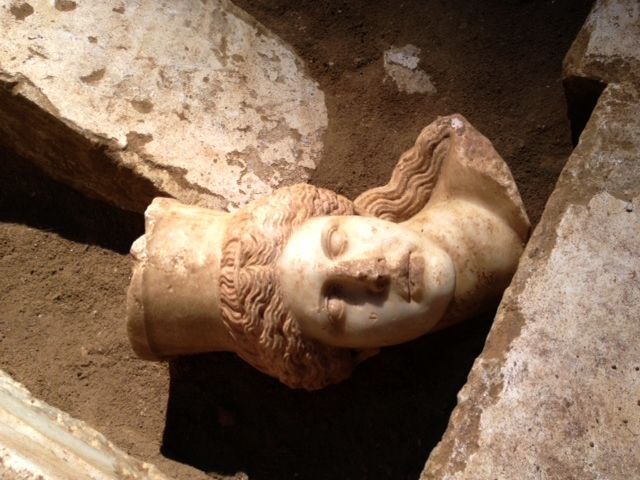 The archeologist in charge of the excavations in Amphipolis Katerina Peristeri was recently presented with the Macedonian Award of 2014 in Drama. Mrs. Peristeri received the award for her overall cultural and scientific contributions, particularly the recent findings in Amphipolis.

Regarding the ongoing excavations in Amphipolis Mrs. Peristeri told journalist that “if the tomb has been looted, it means that someone very important is there, a very important person”. She also noted that the recent findings suggest that there is no opening towards a fourth chamber and that “there are many mysteries which must be solved”.

Mrs. Peristeri avoided elaborating on the identity of the person entombed, noting that “a lot is being said” and stressed that patience and thorough work is necessary before coming to any conclusions.