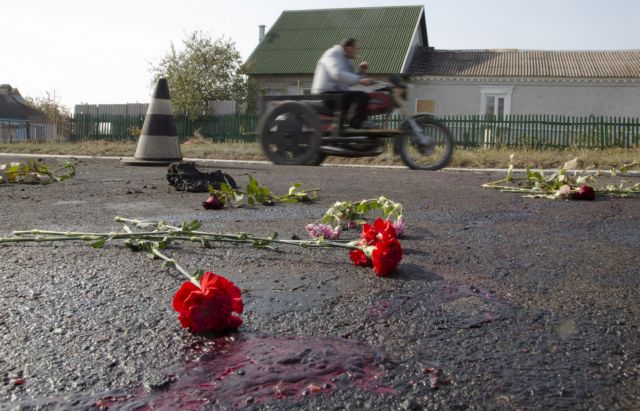 The Greek community of Mariupol in Ukraine is deeply concerned after pro-Russian rebels appear to have attacked the village of Sartana, which resulted in seven people killed (six of whom were of Greek descent) and seventeen being injured.

The village of Sartana, which is in the greater Mariupol region, has lately been on the forefront of the ongoing clash between the Ukrainian armed forces and pro-Russian rebels. On Wednesday Ta Nea spoke to the general consul of Mariupol Dimitris Papandreou.

While the situation seems to have calmed down in the area, Mr. Papandreou stressed that “things are fluid, Sartana is on the front line” and warned that “such events may happen again”. The consul also reported the deep concerns of the Mariupol community at large.

The president of the Federation of Greek Associations of Ukraine Alexandra Prochenko-Pitsatzi was accompanied by Mr. Papandreou and visited the hospital where those injured in the attack were being treated. Mrs. Prochenko-Pitsatzi, who has also been tasked with contact families to arrange funeral, stressed that she was unable to talk and in a “very difficult state”.