According to a report in the Skopje-based Sloboden Pecat newspaper, American diplomat Matthew Nimetz, the UN’s special… 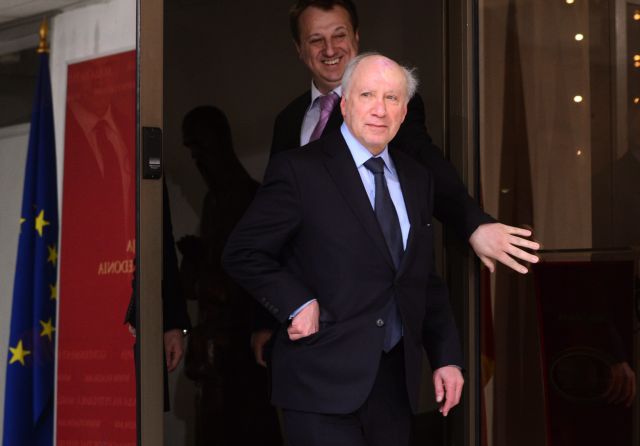 According to a report in the Skopje-based Sloboden Pecat newspaper, American diplomat Matthew Nimetz, the UN’s special representative and mediator in the FYROM naming dispute with Greece, is about to submit a new proposal.

The newspaper cites “well-informed sources” claiming that Mr. Nimetz will suggest the name “Republic of Upper Macedonia” for the former Yugoslav country, while the domestic language would be referred to as “Macedonian” and the citizens as “people of Upper Macedonia”.

The report also stresses that FYROM’s constitution would not change, meaning that the international name would not be used domestically. Skopje appears to be pleased with its language being referred to as “Macedonian”, but is troubled by the “people of Upper Macedonia” name. Mr. Nimetz is said to present his latest proposal first to Greece, before pressuring the FYROM government into an agreement.

Another Skopje-based newspaper, Utrinski Vesnik, has also reported that Mr. Nimetz had taken the initiative to resume negotiations between Greece and FYROM in October, however this has been postponed, giving the impression that neither side is in a rush. Rumors suggest that efforts may unofficially be made prior to the EU summit in December.