As the stock market suffers, the threat of instability looms over Greece 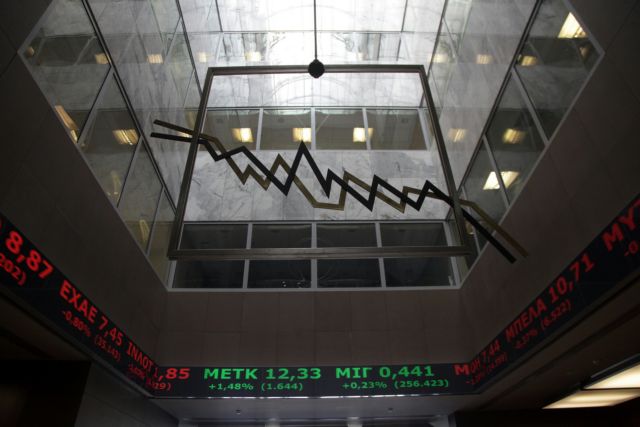 Despite recent praise and recognition of the Greek efforts, the Athens Stock Market saw losses worth 5.7% on Tuesday and…

Despite recent praise and recognition of the Greek efforts, the Athens Stock Market saw losses worth 5.7% on Tuesday and about 25% overall in the past month. Furthermore, the interest rate of 10-year bonds exceeded 7%, which in turn has troubled investors over Greece’s prospects.

With the Greek economy in a rather fragile state and the possibility of early elections looming, traders are reluctant to support Greece as they are not convinced by the government’s ambitious efforts to prematurely leave the bailout program. With interest rates increasing, the main concern seems to be that Greece will not be able to sustain itself.

An economist for Capital Economics told CNBC that the coalition government is under pressure to exit the bailout program prematurely due to the increasing popularity of the main opposition, SYRIZA. With the financial situation however further deteriorating though, there are fears amongst investors that Greece will not be able to return to the markets without seeing the cost of borrowing going up. While the estimations of a positive growth in Greece for the third quarter may materialize, the economy is as fragile as ever and the threat of recession still looms.

Should Greece come to an agreement to leave the bailout program prematurely, the prospect of early elections would increase, according to Bloomberg, which in turn could result in a SYRIZA win. With European finances still struggling to recover, Greece’s EU partners are not that enthusiastic at such a prospect. Eurogroup president Jeroen Dijsselbloem underlined that with Greece still having to fulfill obligations for this year, the potential provision of a preventative credit line would occur after 2015.