Mendoni: “The next chamber in Amphipolis may not be the last” 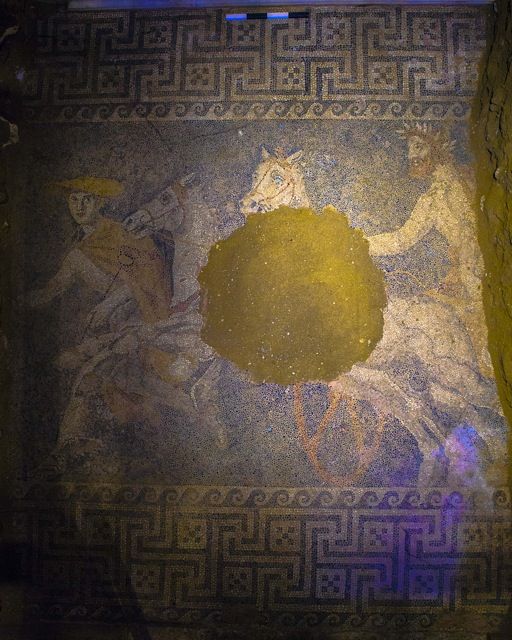 The General Secretary of the Ministry of Culture Lina Mendoni estimated that it will be known by Wednesday whether there is a third div in the impressive mosaic that was recently uncovered in the Amphipolis tomb.

Mrs. Mendoni told SKAI that the mosaic is still covered in dirt on the eastern and western sides, where support structures have been placed to assist in the archeological efforts. The general secretary opined that other divs may be hidden under those dirt-covered areas.

Furthermore, Mrs. Mendoni noted that the mosaic supports estimations that the tomb was constructed in the last quarter of the 4th century BC and that it has not yet been determined whether then next chamber is the last.

According to the General Secretary the “exquisite and unique” monument “will be discussed for many more years and will occupy a large party of the scientific community”.