Truck driver scheduled to testify on Egnatia Odos pile up 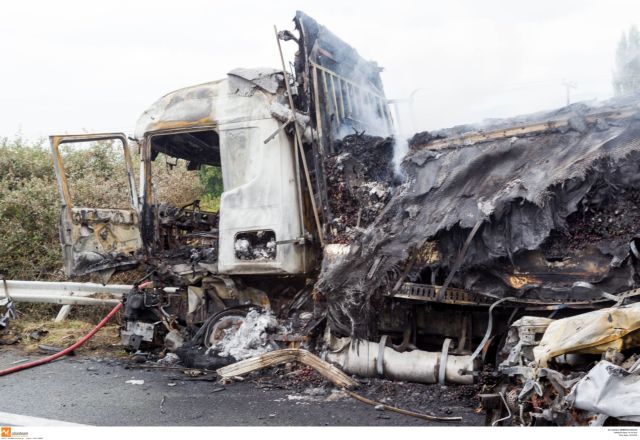 The driver of the truck that caused a serious pile up on the Egnatia Odos motorway near Veria that resulted in 5 deaths and about 30 injuries is scheduled to submit a deposition today.

The 39-year-old man has so far claimed that his vehicle’s breaking system failed shortly after crossing the Polymylos tools, causing him to lose control. A 46-year-old Romanian co-driver, who abandoned the scene in shock and later surrendered himself to local authorities, confirms the 39-year-old’s claim.

The 42-year-old road works supervisor testified on Tuesday and was later released from custody. The supervisor appeared devastated and offered his condolences to the families of the victims. The 42-year-old who faces misdemeanor road safety charges of negligence argued that his area of responsibility was 3 to 4 kilometers away from where traffic was stopped for the road works.

Meanwhile the condition of an 18-year-old woman who was injured in the major crash continues to be critical. The AHEPA hospital director Panagiotis Panteliadis, where the woman is being treated, commented that the condition of a 22-year-old and 64-year-old has also improved.