Funerals of soldiers killed on firing range held on Wednesday 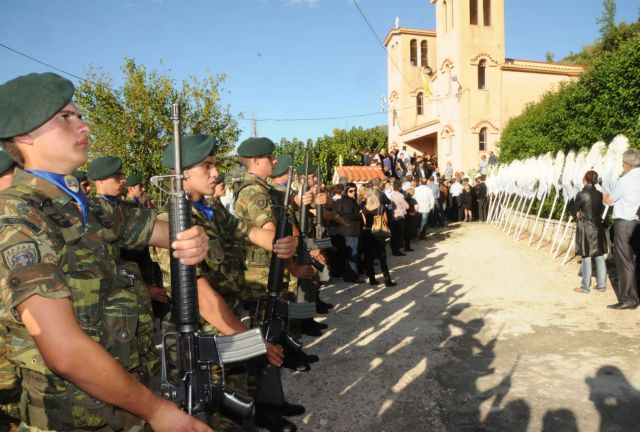 The funerals of the three soldiers who were killed on a firing range in Volos on Tuesday – sergeants Anastasios Mezalas and Georgios Orfanidis and corporal Fotis Andrikopoulos – took place on Wednesday with full military honors.

Andrikopoulos, who was near the completion of his compulsory military service, was buried at Petrota in Achaia, while the two sergeants were buried in Volos. The three men have been posthumously awarded the Medal for Exceptional Acts by the Minister of National Defense Dimitris Avramopoulos.

The condition of the 30-year-old lieutenant who was also injured in the mortar round explosion on Tuesday is improving, with hospital sources indicating that his life is not at risk and his injuries were mostly on the outer wall of his abdomen.