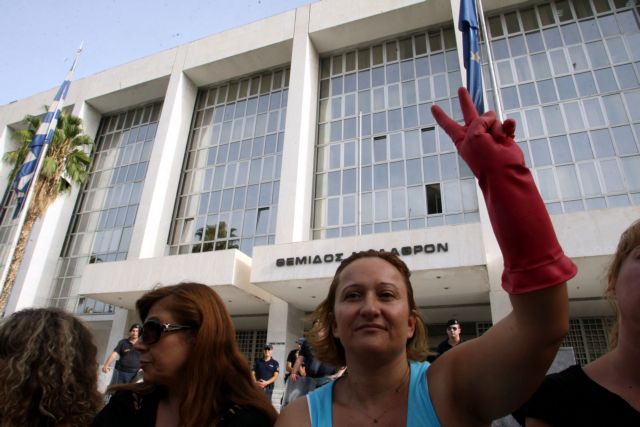 The Supreme Court has postponed the discussion regarding the appeal launched by the Ministry of Finances against an earlier Athens Court ruling, which vindicated the Ministry’s cleaning staff and ordered that they be reinstated.

The cleaners congregated outside the Supreme Court on Monday evening to stage a sit-down demonstration, calling unions, bodies and ordinary people to join their struggle.

The public sector trade union ADEDY has launched a 24-hour strike in support of the cleaners and has arranged for a solidarity demonstration outside the courts.

Last week the Supreme Court prosecutor proposed to the labor department to rule in favor of the Ministry.