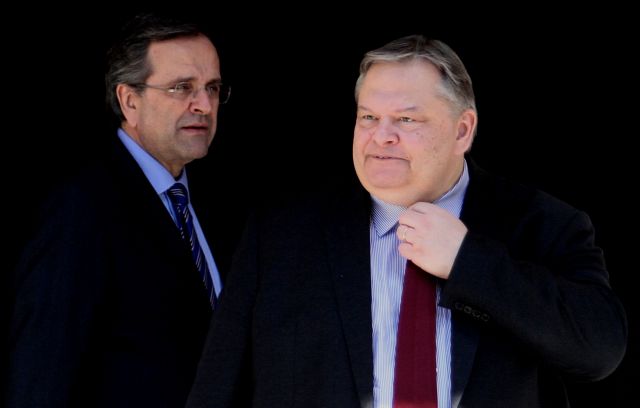 Last night’s developments have upset the stability of the tripartite government and the departure of DIMAR, just one year after the elections, seems likelier than ever before. It looks like Prime Minister Samaras will carry on with the support of Venizelos’ PASOK.

The new bipartisan government will primarily be supported by New Democracy and PASOK. DIMAR’s departure will make things harder for the government, as it will only have 153 seats in Parliament (125 from ND and 28 from PASOK).

There is the possibility of independent MPs joining either party, such as MPs Markopoulos and Soldatos who have been linked to ND, while former PASOK MPs Loverdos and Aidonis also considering a return. It has also been rumored that DIMAR and ANEL MPs are also considering “defecting”, at a later period.

The main question seems to be whether Mr. Venizelos and how many PASOK MPs will participate in the new government. Senior government officers claim that there is no rush since there appears to be an “honest intention of true cooperation with PASOK”.