Editorial: The times are not propitious for the Mitsotakis government

The ambitious, new Mitsotakis government which hoped to benefit from a positive international environment will have to pursue the recovery of the Greek economy in a global environment with low expectations 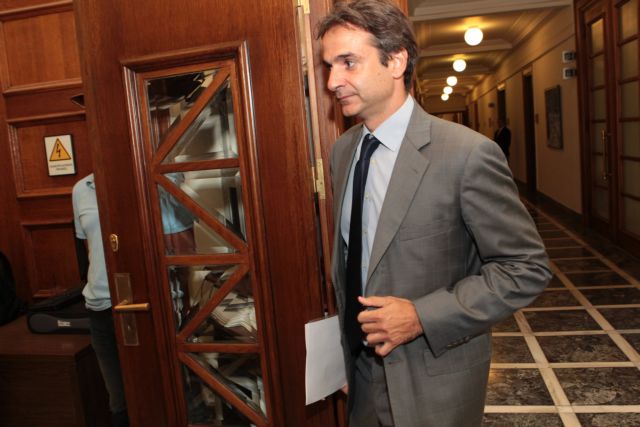 The clouds are thickening over the global and the European economy.

A confluence of events and conditions has created an environment of uncertainty and insecurity.

The protectionist measures imposed by US President Donald Trump with an excessive increase of tariffs on Chinese products and his occasional threats against the Europeans are pressuring international trade and triggering reactions and counter-measures.

The Chinese are already being accused of devaluing their currency to counter Trump’s measures and thus introducing monetary warfare in the conflict.

The apparently evolving disorderly Brexit is aggravating uncertainties in the global economic system and Boris Johnson’s references to new commercial groupings of states confirm the concerns of those who believe that the international free trade regime of the last decades is imperiled.

Already, this disheartening global climate is testing the endurance of Germany whose economy is moving ineluctably toward recession if low growth rates continue through the third quarter.Countries such as Argentina face insufferable pressure and the spectre of a new bankruptcy.

That explains the negative reactions of markets, the constant decline on stock markets, and on the other hand the rise of bond and gold prices.

All that has raised concerns among analysts and bolsters the fans of self-fulfiling prophesies of a new cycle of recession for the global economy after the disastrous consequences of the great financial crisis of 2008.

In any event, the conditions are not the best for our small, embattled country.

The ambitious, new Mitsotakis government which hoped to benefit from a positive international environment will have to pursue the recovery of the Greek economy in a global environment with low expectations in times of instability and uncertainty.

The times are not propitious for Mr. Mitsotakis.

He must act swiftly and decisively.

In these tough times there is no room for reservations and indecisiveness.