Marinakis: ‘I understand the pain of court jester Vaxevanis’ 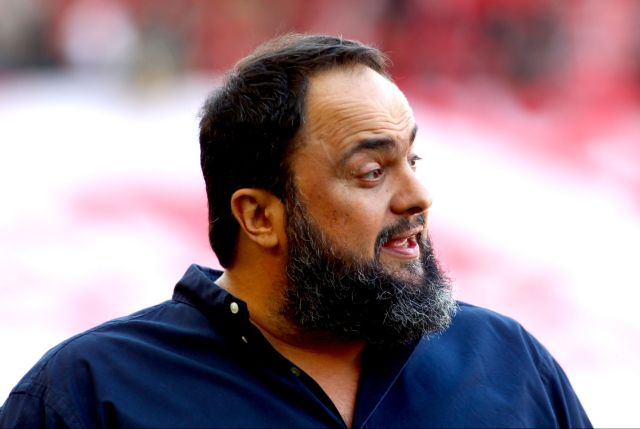 Evangelos Marinakis, the top-ranking City Councillor of Piraeus in terms of votes has categorically dismissed slanderous allegations that he visited the PM’s Maximos Mansion offices after the PM was sworn in, even as dozens of international digital and print media outlets surrounded the PM’s offices.

Marinakis was firm in dismissing the ludicrous charge.

“When someone has reconciled himself to lies and mud-slinging, then it is difficult for him to understand that there is another world – a world of truth and seriousness,” Marinakis stated in a tweet.

“The well-known [Documento publisher] Vaxevanis, who depicted Tsipras as awaiting an electoral landslide [!] supposedly “discovered” my visit to Maximos Mansion [the PM’s offices], which is a far cry from the truth,”Marinakis stated.

“Given the fact that we are in the midst of summer, Vaxevanis, having lost the cover of a Tsipras’ power and that of the remaining “political charlatans”, can now lay claim to a role as court jester in the Delfinario [famed comic theatre] of Piraeus,” he noted.

“Finally, I comprehend his pain and the poor psychological condition in which he finds himself, due to his move yesterday from the basement of the [PM’s ] Maximos Mansion offices,” Marinakis said in a statement.