Our democratic practice mandates a peaceful transition of power and the acceptance of the will of the Greek people without tensions and disputes. 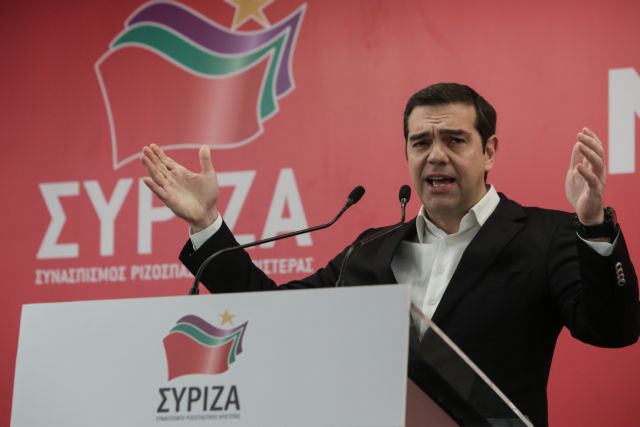 The electoral cycle has permeated the country’s political, economic, and social life.

It determines stances and behaviours, tensions and clashes. It aggravates fears and uncertainties.It heralds hopes and cultivates expectations.

In any event, the electoral cycle is unsettling as it does away with constants, at least temporarily.

Currently the country is in the midst of a protracted electoral period. If the government serves its full term until October, 2019, the election cycle will be over 14 months.

That is a long time and corrodes every activity. One can imagine the repercussions.

Since last August the government has operated as if it were in an electoral campaign. It has sharpened its rhetoric and suspended crucial measures and choices. It approves whatever it believes will yield electoral benefits for it.

On the other side, economic and social forces are being trapped in a cycle of uncertainty and insecurity which leads to the suspension of decisions and choices in most cases.

It is extremely rare for decisions on investment or other crucial issues to be made in electoral periods. This exacerbates the atmosphere of putting projects on hold and the repercussions of that. The reasonable choice would be to expedite elections so as to limit any possible repercussions of a protracted campaign.

The European Parliament, regional, and municipal elections in May are an opportunity to limit the wear from the electoral cycle.

If the PM’s plans are different, he should at least ensure that the course of things will not be unsettled.
He is obliged to support the government’s economic team so as not to undermine the successful fiscal stability achieved with the many sacrifices of the Greek people.

He must exhibit self-restraint, control the intensity of the political debate, and not create an environment that will put off investments.

After so many bitter experiences there is no time or space for backpedaling. Greece does not have the luxury of conducting more futile struggles or divisive and useless clashes such as those crafted by ideologically fixated older politicians and fanatic young politicos in the stuffy basement of governmental offices.

Our democratic practice mandates a peaceful transition of power and the acceptance of the will of the Greek people without tensions and disputes.

It was clearly demonstrated over the last years that the last shall be first. Everyone in the framework of the democratic form of government can have the chance to govern and exhibit their ideas and capabilities.

Mr. Tsipras had his chance. He did whatever he did with full cognizance of his actions. He must prepare for the forthcoming judgment of the Greek people. That is the way of our democracy and the way the game is played.

Our parliamentary democracy is determined by exalted objectives and politics is conducted with clear and clean terms.

It promotes the prosperity of citizens and ensures social peace and the defence of national independence. These aims comprise it and keep it alive.

All the rest, including power plays, is fleeting.