The coroner stated that the kicks to the head while Kostopoulos was on his knees in the store-front, trying to exit the jewelry shop in which he had been locked in, were decisive. 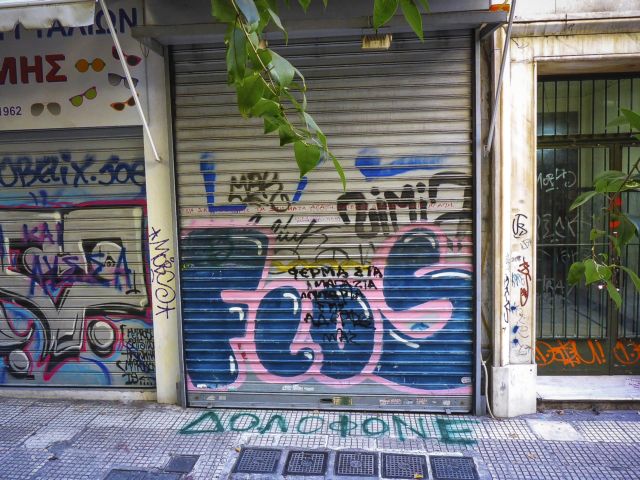 A damning report for the assailants who beat 33-year-old Zak Kostopoulos near Omonia Square was issued by a coroner hired by the family as a technical advisor.

According to the 10-page report drafted by coroner Sokratis Tsantiris, published by Vice Greece, Kostopoulos stopped breathing due to the blows to the body, and there were blows that proved decisive in bringing about his death.

“The death of Zacharias Kostopoulos came about from ischemic alterations of the myocardium, which resulted from multiple wounds to the body – mainly the head,” Tsantiris’ report stated.

The coroner stated that the kicks to the head while Kostopoulos was on his knees in the store-front, trying to exit the jewelry shop in which he had been locked in, were decisive. The shop owner and another man were the frenzied assailants.

“The brain injury does not correspond to damage of a single organ. Due to the dominant regulatory role of the brain, it is often combined with an alteration in the functioning of many systems of the body. The systemic complications of traumatic brain injury can affect the outcome for a patient immediately, due to their severity, or indirectly, leading to secondary damage…As regards the mechanism which brought about serious head injuries, after reviewing the video on a webpage, I observe that after his exit from the storefront [which was full of glass broken by the assailants’ kicks], beyond the many blows to the head, there is a blow to the left surface of the head, and thereafter the right side of the head hits a hard surface,” the report states.

“In my scientific opinion, that blow was exceptionally powerful and sufficient to cause hemorrhagic penetration of the soft tissues of the right templar and occipital area, and on the other side blunt-force trauma on the right side of the head. The said blow was so powerful that it could produce traumatic findings on the brain.”

Coroners listed 22 injuries and blunt-force traumas, 14 of which – the most powerful – clearly came from the beating to which Kostopoulos was subjected, with the kicks and glass which reached his head and body at the time they were striking him. All the injuries operated cumulatively to bring the death of the 33-year-old, while the glass created a gamma shape,” Tsantiris’ report stated, underlining that there was no prior heart condition.