Editorial: Trading in hope and pensions

Everyone’s stance towards the pension problem was problematic. There were infinite warnings from the early 1990s about the impending “end of pensions”. 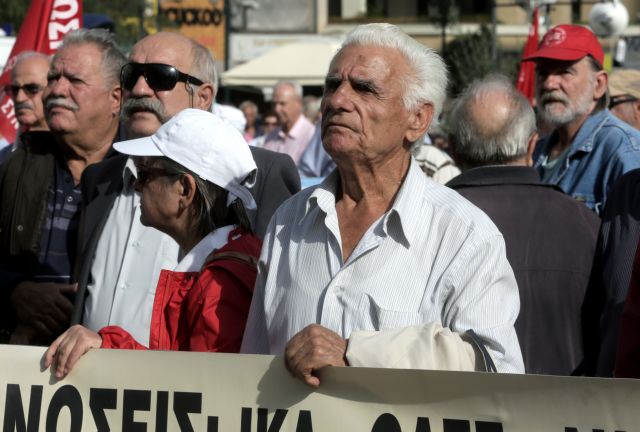 Greece’s bankruptcy and the consequent, nearly ten-year crisis revealed a country that was living beyond its means, a country that prospered with borrowed money and lies.

At the same time, it revealed a country operating irrationally, which cared not for the resources it possessed, but instead spent without measure, with no foresight or planning for tomorrow.

The fate of this country was determined by an unprincipled political system, without values or an inspiration to serve, the only concern of which was power, for the perpetuation of which it was prepared to satisfy everyone and everything for a handful of votes.

This country and its leadership never saw the coming productivity deficit, never acknowledged the lack of resources and funding. All those in power and in the opposition without compunction sought out a portion of the borrowed money, without seeing that it would one day run dry.

Everyone’s stance towards the pension problem was  problematic. There were infinite warnings from the early 1990s about the impending “end of pensions”.

At various times, there were efforts to stem the tide of early retirement, and to check the cost of pension expenditures.

None of these efforts were radical, however, simply because those responsible did not accept the realities either of the demographic data or the precision of the actuarial studies.

The country’s bankruptcy revealed everything, leaving only rubble. The once promising insurance system literally collapsed, because it could no longer bear the weight of the financial obligations with which it was burdened over the decades.

It is no coincidence that it took numerous interventions to reach a rudimentary balance in the social insurance system. Retirement ages were raised, pensions were cut, the subsidised “noble” funds disappeared, and the benefits that hitherto were generously handed out were cut in order to ensure the unhindered payment of the lower pensions.

The problem is that despite that bitter and unfortunate experience, some insist, even in current conditions, to preserve and invest in the “trade in pensions”.

Hordes of politicians, both in the government and the opposition, hand-in -hand with even greater armies of lawyers and journalists, have recently devoted themselves to a battle to pursue the return of the abolished holiday bonuses and of that portion of pensions that was cut, promoting as procurers an industry of lawsuits and other legal action.

They appear on populist, low-level television programmes from the early morning hours, peddling their wares, with no sense of the harm that they are causing.

This extremely broad circle is essentially fishing for clients by cultivating false hopes for the return of approximately 10bn euros from an insurance system that is unable to satisfy such claims, and from a country that is anxiously struggling to rid itself of the noose of bankruptcy.

Those who participate in that trade in hope and pensions, but also those who remain silent, considering the political cost, know that they are preparing the way for a new round of national catastrophe, much worse than the one we suffered over the last decade.