Alternate Finance Minister Yorgos Houliarakis stresses that the next three months are crucial, as the over 80 preconditions for completing the programme are difficult and weighty. 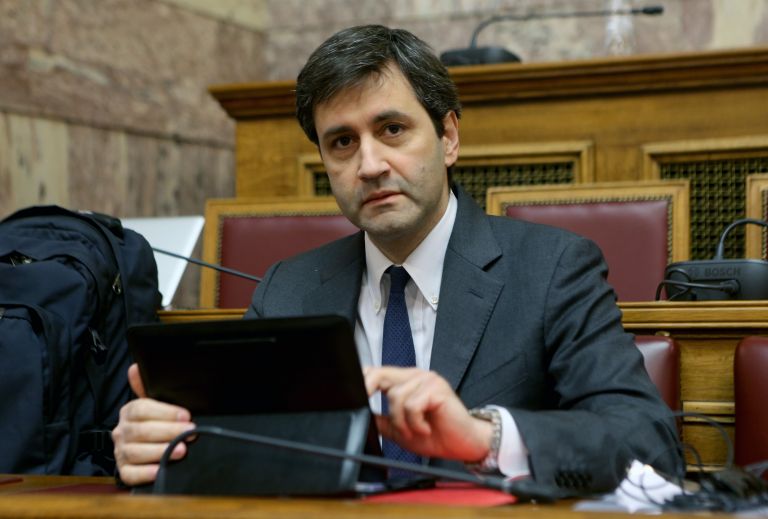 The new milestone for the Greek economy and politics is 21 June, when it will be judged whether Greece is able to return to the markets and become reincorporated in the international economic system, having fulfilled all preconditions to complete the bailout programme.

Alternate Finance Minister Yorgos Houliarakis stresses that the next three months are crucial, as the over 80 preconditions for completing the programme are difficult and weighty.

Despite external challenges, Houliarakis insists nothing should distract attention from the economy.

Greece needs open and secure routes to Europe, as it aspires to be a basic entry port for Asian products into Europe, both through Piraeus and Thessaloniki, which also requires good relations with the country’s northern neighbours. A ten-year growth plan also requires efforts to improve Greek-Turkish relations.

Houliarakis stresses that it is crucial to successfully implement the 86 measures that have been agreed to with creditors, so as to avoid a precautionary credit line, which effectively represents a continuation of the bailout programme.
Houliarakis says completion of the programme and the creation of a cash buffer opens the way to a favourable debt relief deal, which will establish a climate of trust.

While Bank of Greece Governor Yannis Stournaras advocates an emergency credit line because Brussels and the ECB have doubts about the Greek political system’s ability to ensure medium-term economic stability, Houliarakis concedes that Athens will have to undertake new commitments to prove its resolve to maintain fiscal discipline.

He says the new supervisory mechanism to be established by creditors should be similar to the one employed in the cases of Portugal and Cyprus.

There will be an exchange of data every three or six months between the State Accounting Office and creditors to verify progress.

The establishment of a climate of stability would also help to reduce the return on Greek ten-year bonds from four percent to 3.5 percent.