Tsipras mobilises on all diplomatic fronts to deter Turkish aggression

For the Greek government, European Union leaders’ stinging rebuke to Turkey over its aggressive posture in the Aegean and the Eastern Mediterranean is the strongest display of solidarity with Greece in protecting its sovereign rights. 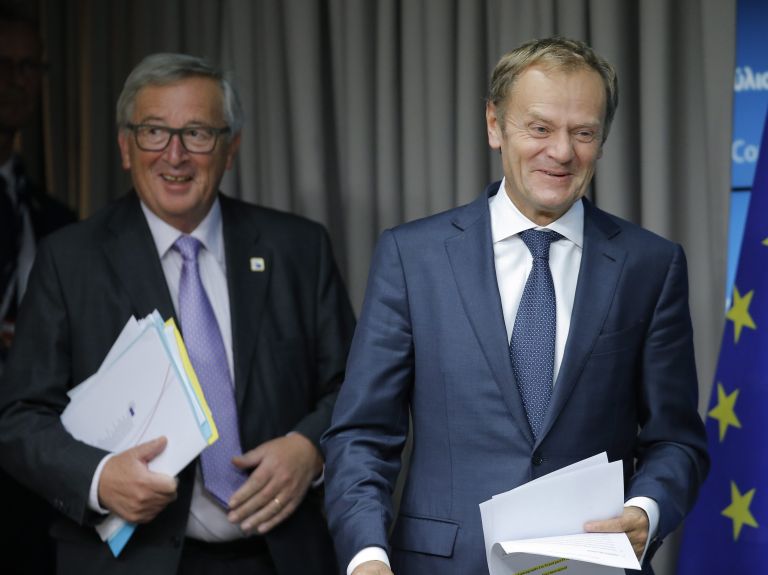 For the Greek government, European Union leaders’ stinging rebuke to Turkey over its aggressive posture in the Aegean and the Eastern Mediterranean is the strongest display of solidarity with Greece in protecting its sovereign rights.

It is only the latest and most impressive result of feverish, multi-faceted diplomatic efforts by Prime Minister Alexis Tsipras to achieve a mobilisation of international organisations of which Greece is a member (the EU, Nato, and the UN), but also to draw the support individually of major international players – including the US, Germany and Russia – in order to shield Athens from Turkey’s mounting aggressiveness and expansionist aspirations.

Russian President Vladimir Putin, in a lengthy telephone conversation yesterday with Alexis Tsipras, invited the Greek PM to visit Moscow, and the two leaders discussed, among other issues, Greek-Turkish affairs and regional developments.

Athens had every reason to be satisfied by the solidarity offered by its EU partners in defending Greece’s sovereignty and avoiding a military clash.

In the conclusions of the EU summit, European leaders expressed solidarity with Greece and Cyprus and condemned Turkey’s behaviour with exceptionally strong language.

Greek diplomatic sources underlined the EU’s unprecedented use of the word “condemnation” in responding to Turkeys’ “illegal activities” and hostile behaviour towards Greece and Cyprus.

At the same time, Athens received a commitment from European Commission President Jean-Claude Juncker, and European Council President Donald Tusk, that they would push for the release of the two Greek army officers – who were captured by Turkish forces and imprisoned – at an EU-Turkey summit meeting on 26 March, in the Bulgarian city of Varna.

Tsipras asked Juncker to request concrete guarantees from Erdogan that he will acknowledge the sovereign rights of Greece and undertake an initiative to free the two Greek army officers.

At the summit, Tsipras also expressed solidarity with the UK regarding the recent attack with a nerve agent on its territory, but also stressed the need to maintain open channels of communication with Moscow. He said he supports the engagement of both the EU and Nato with Russia.