US Ambassador Pyatt ‘determined’ to develop ties with Greece 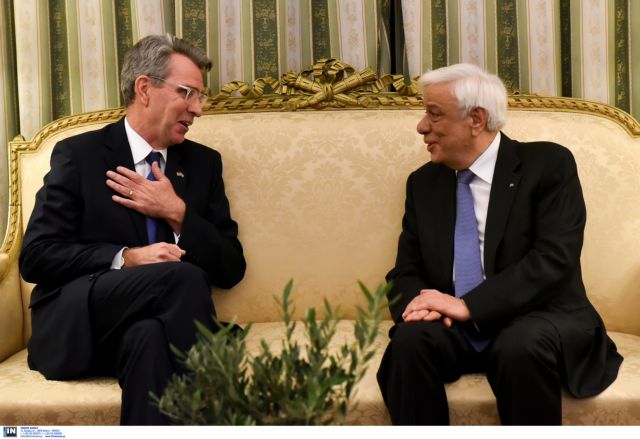 The new United States ambassador for Greece Geoffrey Pyatt appears determined to further develop bilateral ties with Greece, following comments he made in his first public appearance after the presentation of his credentials to the President of the Hellenic Republic Prokopis Pavlopoulos.

In his statements from the deck of the USS Mount Whitney – flagship of the Sixth Fleet – that is docked in Piraeus, Mr. Pyatt referred to the close ties between the USA and Greece, particular in the marine sector. The ambassador underlined the importance of the base in Souda, Crete for the USA in the Mediterranean and Aegean.

The Minister of National Defense Panos Kammenos praised the historic relations between the tow counties and stressed that Greece will continue to fulfill its obligations as an ally and remain a pillar of stability in a region of greater instability.