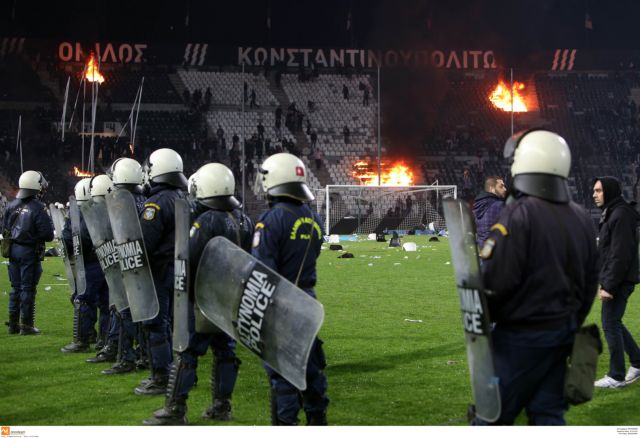 The Deputy Minister of Sport Stavros Kontonis is expected to propose the suspension of the Super League football championship, at the ministerial council meeting planned on Thursday.

Mr. Kontonis has taken the decision following the major instances of hooligan violence that occurred in Wednesday’s cup semi-final in Thessaloniki between PAOK and Olympiacos.

Furthermore, the Deputy Sports Minister has also requested that the national football association EPO considers the postponement of the other semi-final, between Atromitos and AEK, in order to determine the appropriate course of action.