President of Parliament alludes to joining the Popular Union 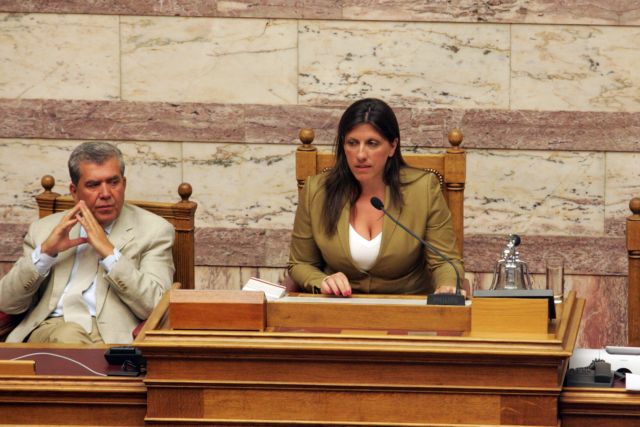 The President of Parliament Zoi Konstantopoulou has alluded that she may leave SYRIZA to join Panagiotis Lafazanis’ Popular Union party for the upcoming elections.

With Parliament expected to shut down and dissolve on Friday, after Mr. Lafazanis exhausts the three-day exploratory mandate that he received on Monday, many MPs are no longer involved in parliamentary activities.

During a session of the Institutions and Transparency Committee Mrs. Konstantopoulou was highly critical of the parties – especially SYRIZA – for this attitude and estimated that the next Parliament “will be popular and truly against the memoranda”.