Police and protesters clash over mining operation in Skouries 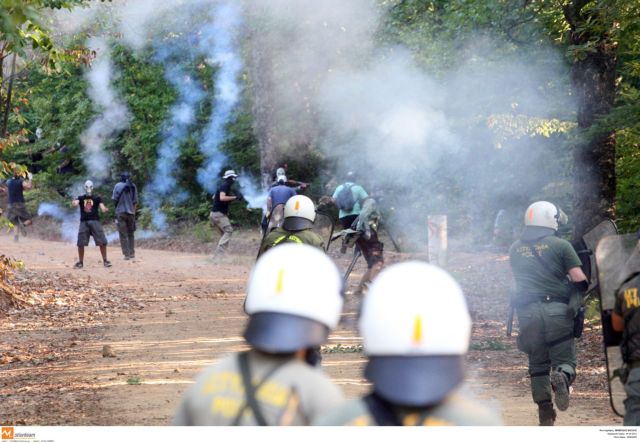 A demonstration against the controversial mining operation in Skouries on Sunday turned violent after riot police and groups of protesters clashed on mount Kakavos in Halkidiki.

The police used tear gas and stun grenades to disperse the crowds of protesters, who responded by throwing stones. A total of 70 people were detained after the clashes, with protesters alleging that the police surrounded and assaulted them.

Employees of Hellenic Gold held a counter-protest in response to the government decision to temporarily shut down the site, due to technical violations.