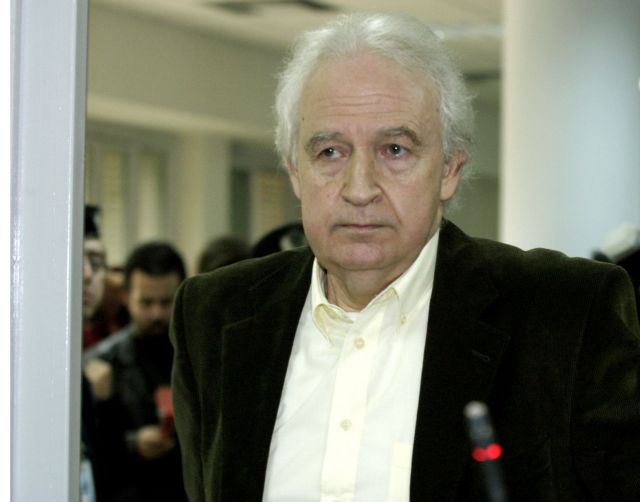 Convicted 17 November leader Alexandros Giotopoulos began a hunger strike on Saturday, as announced earlier in August, after his request for a transfer from the prison facility in Domokos to Korydallos was rejected.

According to report in the Ethnos newspaper, doctors who examined the convicted militant group leader fear that the hunger strike may cause an ischemic stroke.

In a letter published in the same newspaper, Alexandros Giotopoulos complained that despite “Type C” prison facilities being abolished he is still held in Domokos, where – he alleges – there is no security.

Meanwhile 17N member Christodoulos Xiros caused a commotion at the prison facility in Nigrita where he is held, after setting fire to his mattress and throwing objects at windows.

According to reports, Xiros is believed to have lost his temper after a planned visit from his brothers was cancelled. His brothers where told by prison officials that the telephone with which they were to talk to Xiros was broken, thus cancelling the visit.

Xiros had recently complained about the holding conditions, arguing that other rules applied to him and that he was fully isolated from fellow inmates and the outside world.