Dragasakis: “We do not accept ultimatums, or give in to blackmail”

Athens is prepared to take a harder stance, following the five-sided meeting in Berlin on Monday evening, which was aimed at… 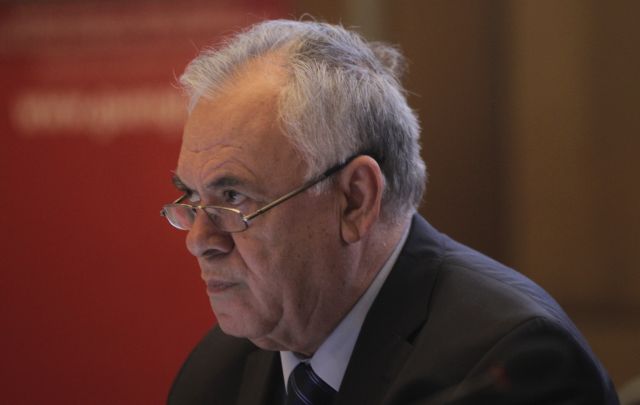 Athens is prepared to take a harder stance, following the five-sided meeting in Berlin on Monday evening, which was aimed at establishing a common position, amid allegations of the institutions issuing an ultimatum in the form of an agreement proposal.

The Government Vice President Yannis Dragasakis stressed that “we do not accept ultimatums, will do not give in to blackmail” while underlining that “the Greek economy and society cannot endure any further austerity”. Similarly, SYRIZA MEP and VP of European Parliament Dimitris Papadimoulis rejected the ultimatum and spoke of now being the time for collective responsibility in a series of tweets.

Mr. Dragasakis, who addressed the GUE/NGL conference in Athens, argued that “the memorandum was a mesh of failures with dire economy and social consequences” and underlined that by rejecting the continuation of the old program, the government managed to create the conditions for a new agreement.

He further underlined that there was no point in focusing on a «blame game» and that the goal is to reach a fair deal. The government Vice President added that the government has submitted written proposals and asserted that the agreement must both restore liquidity and provide a long-term solution. As such, he added, any solution to the debt problem must have Europe-wide scope. With a common political will, he further noted, the debt problem can be resolved without any further burden on the European people.

The government VP defended the Greek proposals and reforms, which aim to address injustices and entrenched inequalities. Mr. Dragasakis cited OECD reports which show how Greece comes first in the lists regarding inequality. He concluded that European is in need of a new political dynamic and that his party’s goal is to serve this ambition, both in Greece and in Europe.