The Euro Working Group and Brussels Group talks on Thursday did not end in the best climate for Greece, with European… 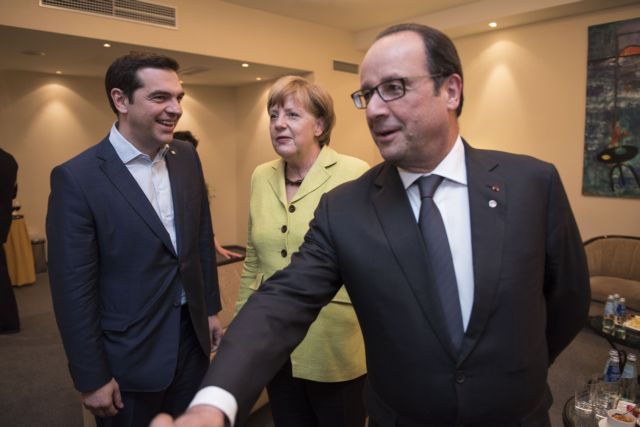 The Euro Working Group and Brussels Group talks on Thursday did not end in the best climate for Greece, with European sources indicating that while there has been some progress, it is not enough to warrant a Eurogroup meeting.

Furthermore, the sources argue that the Greek side has a huge work load, but very little time (until the end of June) in its hands. The sources also claim that significant differences in surplus targets, pensions, job market and public administration, among other sectors, persist.

Meanwhile, the Ministry of Finances has not confirmed rumors of the Euro Working Group issuing an ultimatum regarding an agreement by next Wednesday or Thursday. Government sources stress that the discussions will continue in an effort to reach a preliminary agreement in the next few days.

According to a Mega Channel report, the Prime Minister Alexis Tsipras had a one-hour teleconference with German Chancellor Angela Merkel and French President Francois Hollande on Thursday afternoon.

There has been no official information regarding the topics discussed in the teleconference, however it is likely that it was focused on the progress of negotiations. Following the teleconference Mr. Tsipras received the Minister of Finances Yanis Varoufakis and government VP Yannis Dragasakis.