The employee federation of the Civil Aviation Authority (OSYPA) has announced a 48-hour strike, on Sunday 31st May and… 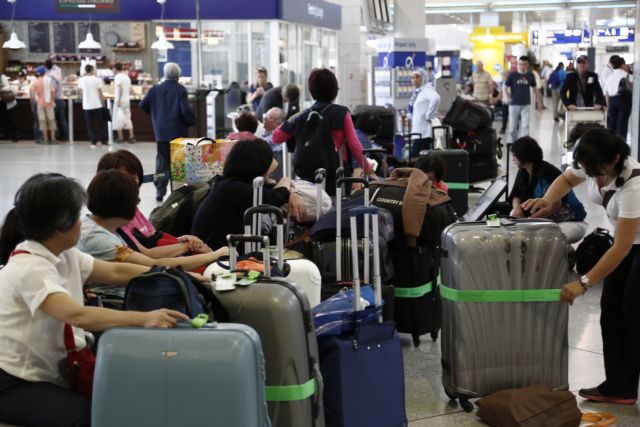 The employee federation of the Civil Aviation Authority (OSYPA) has announced a 48-hour strike, on Sunday 31st May and Monday 1st June (Whit Monday), arguing that so far, all governments have undermined the CAA.

In an open letter addressed to the Prime Minister, the federation request that the civil aviation authority be “placed immediately in a state of emergency, due to the credit crunch and dramatic staff shortages”.

The airport employees demands that the CAA be provided with the necessary funding to cover maintenance for airports and air navigation infrastructures. They also demand the payment of wages owed from spring 2014 and new recruitments, in order to address staff shortages.

FEDHATTA: Consider the consequences of your actions

The federation of tourist and travel agency associations (FEDHATTA) has warned that while it respects the right to go on strike, the strike may have a serious impact on tourism.

In its statement FEDHATTA argues that efforts must be made to safeguard the development of tourism in Greece, which is facing significant problems as a result of the overall financial conditions in Greece and called OSYPA to reconsider its strike actions, particularly in this period.

Alt Minister of Transport: “Strike will not affect flight security”

The Alternate Minister of Infrastructure, Transport and Networks Christos Spirtzis commented that while travelers may experience delays, the strike will not affect flight security and announced that 32 electronic engineers and other specialized employees will be hired immediately.

Mr. Spirtzis, who agreed that the Civil Aviation Authority has faced problems in recent years, also announced that funding worth 1 million euros has been secured, in order to cover emergency operational issues in the county’s regional airports, aside from maintenance issues, which are addressed as normal, without any problems.

In response, OSYPA president Vasilis Alevizopoulos accused the Alternate Minister of being unaware of the serious problems which regional airports face. Nevertheless, he hinted that the strike could be called off, provided that a discussion takes place.