Varoufakis: “We have a plan B and a plan C in the negotiations” 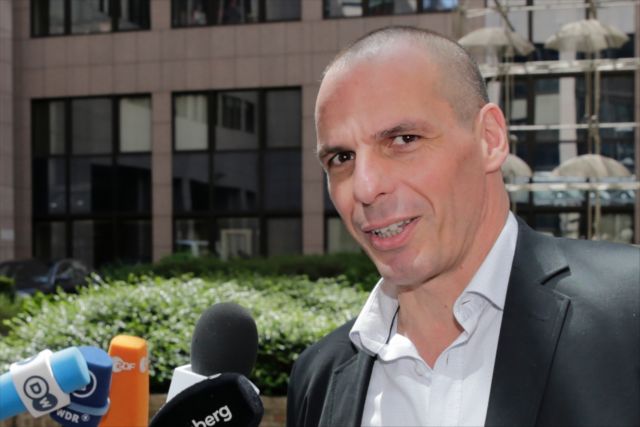 The Minister of Finances Yanis Varoufakis argued that Greece has been ‘rather flexible’ in the Brussels Group talks regarding VAT reform and revealed that the government costed alternative plans.

Mr. Varoufakis, who spoke at the board meeting of the Athens Chamber of Commerce and Industry (EVEA), claimed that his VAT proposal is “extremely responsible, growth-driven, tackles bureaucracy and allows businesses and the State to envision a better future”. The Minister added that the institutions have argued for years to reduce the number of VAT rates and while he expressed his hope of coming to an agreement, he conceded that political issues blocked a technical agreement.

During his speech he reiterated his intention to complete the negotiations as soon as possible and estimated that International Monetary Fund does not want to participate in an agreement after June. Mr. Varoufakis sated that he was “terrified” by the credit crunch enforced by Greece’s partners.

According to the Minister of Finances, the agreement between Greece and its creditors must be signed within the first week of June. This agreement should also include a series of reform bills in order to conclude the previous program and a program that will include the new growth plan for Greece.

When asked to comment on a New York Times report, which suggests that Mr. Varoufakis recorded talks between the Greek negotiation team and the institutions and partners, the Finance Minister stressed that he has the «utmost respect» for the confidentiality in the talks. He added that his respect is “exemplary” and dismissed “leaks from the Eurogroup” with derogatory references to his name.