About 200,000 second-generation migrants are set to receive the Greek citizenship, according to a bill being drafted by the… 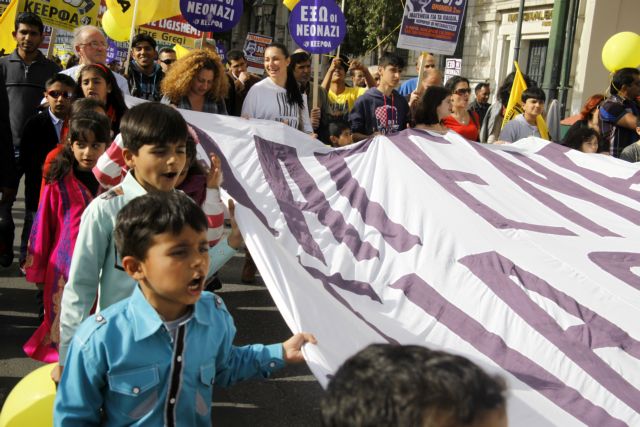 About 200,000 second-generation migrants are set to receive the Greek citizenship, according to a bill being drafted by the Ministry of Interior.

One of the bill’s provisions states that migrant children born in Greece and being enrolled in the first grade of Greek schools may receive Greek citizenship. Additionally, at east one of the parents must legally reside in Greece for five years prior to the child’s birth.

The draft bill also includes provisions and changes in the requirements for the acquisition of Greek citizenship by other migrant groups, such as high school and university graduates, as well as those who have completed the 9-year compulsory school education program.

The bill also includes an article that provides protection to the victims of racist violence, which the previous New Democracy/PASOK coalition government had controversially abolished.

Shortly after the draft bill will published online, New Democracy spokesperson Kostas Karagounis commented that the bill is an «invite for illegal immigrants» to enroll their children in Greek schools, in order to automatically acquire residency and claimed that country’s social cohesion was at risk.