Papandreou in favor of a referendum on Greek program and negotiations 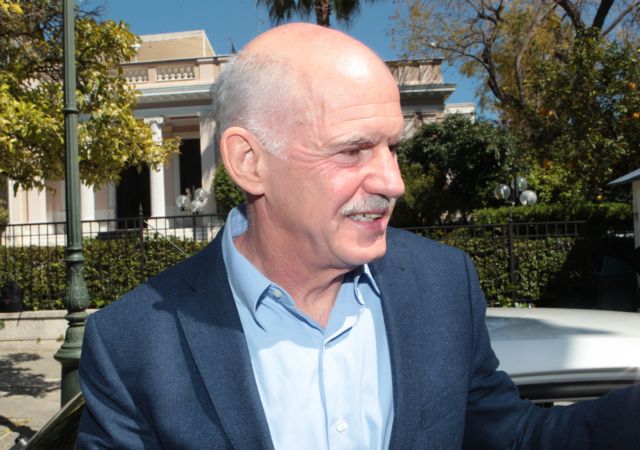 The former Prime Minister Giorgos Papandreou expressed his support of a referendum being carried in relation to the Greek program, in an article he wrote for the German Frankfurter Allgemeine Zeitung.

In his article, Mr. Papandreou claims that a referendum would have “changed the climate” during his tenure as Prime Minister and would force the Greek people to recognize reality and assume their responsibilities. He further adds that the Tsipras government may be forced to carry out a referendum, as it has promised “too much”.

According to Mr. Papandreou, should a referendum have been carried out in 2011, then the necessary consensus for reforms would have been reached in Greece. Unlike in Portugal or Ireland, there was no such consensus in the political elite in Greece regarding reforms.

A referendum would force the Greek people to take a decision, recognize reality and assume their responsibilities, the former PM and leader of the Movement of Democrats Socialists continues, noting that such a development would also put an end to all talk of a “Grexit”.

Should the SYRIZA-led government decide to carry out a referendum regarding the ongoing critical negotiations, Mr. Papandreou welcomes it, provided the government requests the people’s consent on what I can negotiate with the European Union.