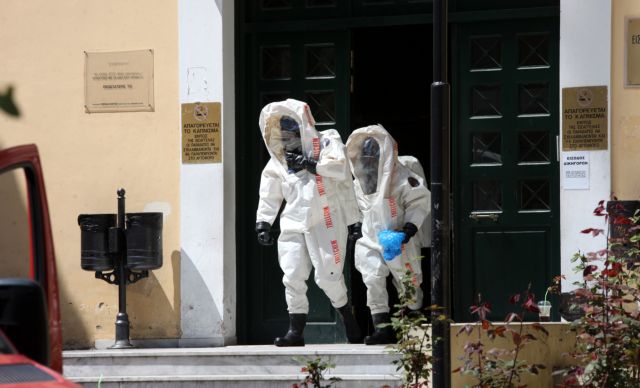 An envelope containing a suspicious powder that was located outside an Athens courthouse has caused an alarm and prompted a quarantine.

The police located the suspicious envelope outside Courthouse 16, at around 11 on Wednesday morning and was addressed to Prosecutor Ilias Zagoreos, but there was no sender information. The envelope also contained documents and accusations against an IKA director, but according to reports does not include a threats or a declaration.

The bomb squad (TEEM) and fire brigade were called out to investigate the surrounding area. The powder has been sent for a chemical analysis and everyone who was in the area has been quarantined. A secretariat director and a judicial officer have been given an anthrax antidote as a precaution. The lab results are expected later this evening.