A demonstration for 8am Monday, the 20th of April has been organized outside the Korydallos prison facility, by a number of… 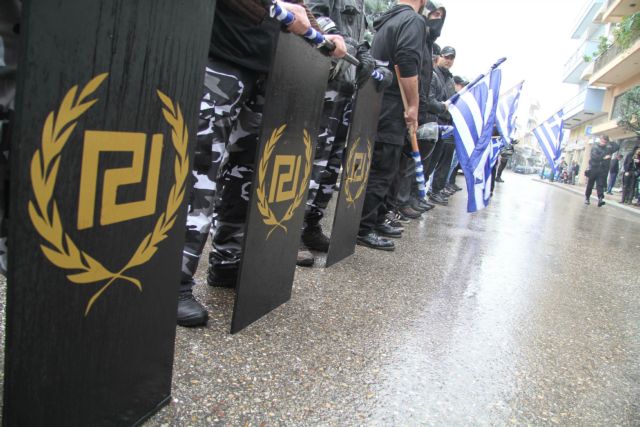 A demonstration for 8am Monday, the 20th of April has been organized outside the Korydallos prison facility, by a number of antifascist groups and organizations, which oppose the Golden Dawn trial being held there.

The main felony charges against the 69 defendants to be taken to trial are the formation of a criminal organization and a series of murders. The investigation against the neo-Nazi party was launched after the brutal murders of Pavlos Fyssas and Shehzat Luqman and a slew of attacks against migrants.
The trial has been scheduled to take place within the Korydallos prison facility, however local residents and antifascist groups oppose this, as there are 11 schools nearby and claim that the intense police presence to be expected until the completion of the trial will make teaching difficult.
The protesters demand that the trial be held in a larger, more suitable courthouse – either in Athens or elsewhere, as was in the case of the trial for the murder of Alexandros Grigoropoulos – in order to ensure fairness and its public nature.
The French news agency recently published a report on the situation in Korydallos, commenting how local residents have had to learn to live with 2,000 of the country’s most dangerous criminals on their doorstep. The report argues that the local residents are terrified at the prospect of the Golden Dawn trial.
Meanwhile, Golden Dawn MP Fotis Grekos provocatively suggested that Giorgos Roupakias, the self-confessed murderer of antifascist activist and rapper Pavlos Fyssas, was not a party member, but rather a mere fan. Since the murder of Fyssas, the neo-Nazi party has consistently tried to distance itself from him, however witness reports and photographic evidence shows that Roupakias was a prominent member in the local Golden Dawn group and known to party MPs.
According to Mega Channel, the party’s former second-in-commandAntonis Androutsopoulos, also know as “Periandros”, accused Golden Dawn leader Nikos Michaloliakos that her personally gave instructions and orders for assaults and would not hesitate to denounce party members, such as Roupakias, in order to save himself.
Ο Λαφαζάνης και το ριφιφί στο Νομισματοκοπείο
Δείτε επίσης
International
Έντυπη Έκδοση