Samaras: “This is the agreement of the 20th of February” 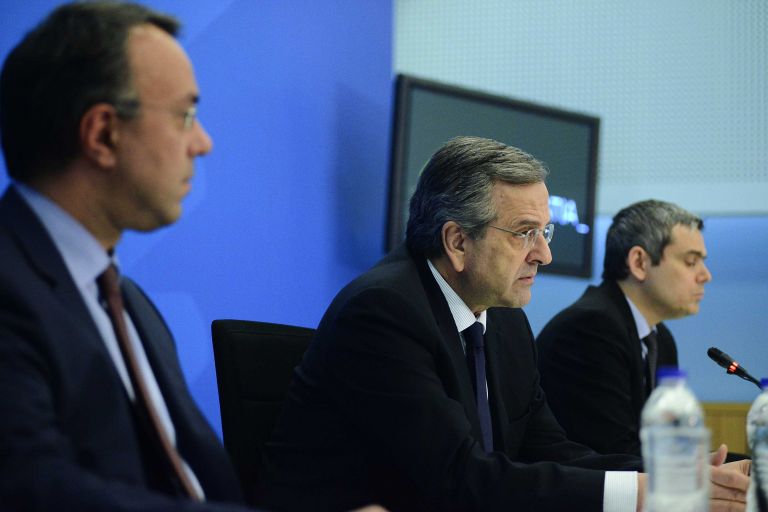 The leader of the main opposition Antonis Samaras has accused the government of lying to the Greek people regarding the Eurogroup agreement of the 20th of February and its implementation.

Mr. Samaras held a press conference where he publicized a copy of the agreement that was signed by the Minister of Finances Yanis Varoufakis and claimed that it was a conversion of the Main Finance Facility Agreement, in order to receive a four-month extension, similarly to how his government applied for a two-month extension in December.

The New Democracy leader claims that both texts are virtually the same, except the part where the Greek government request the return of 1.2 billion euros, in order to cover its immediate needs. Mr. Samaras dismissed the government’s claims that it is negotiating and urged it to implement reforms, as society and the economy continue to suffer.