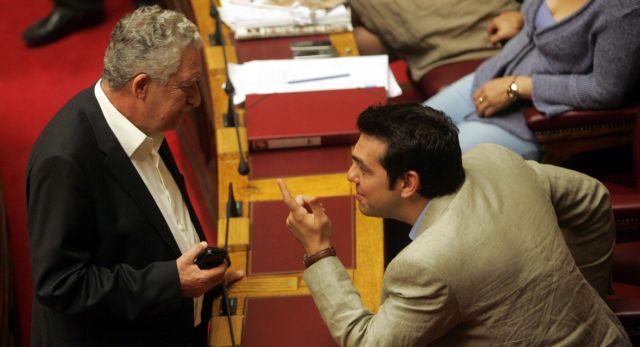 The leaders of the Democratic Left and SYRIZA are planning to meet in order to discuss the scope and outlook of an alliance in the event of general elections being called. Following the second vote in Parliament, it seems rather difficult for snap elections to be avoided, with the main opposition party considering the 1st of February the likeliest date.

As such, officers from both parties are beginning to make plans and considerations regarding the possibility of an alliance, albeit with some reservation. SYRIZA’s Left Platform has expressed its concerns over cooperating with Fotis Kouvelis, while even party president Alexis Tsipras is intending to set boundaries.

Similarly there are reservations within the ranks of the Democratic Left, as is evident by the recent departure of Niki Founta, who objected to forming an alliance with SYRIZA. With DIMAR experiencing significant losses in the polls, there is a sense that the party may be incorporated into SYRIZA.

On Wednesday Panos Skourletis confirmed that the two party leaders have arranged to meet after the third vote on the 29th of December, but refused to comment on the purpose of the meeting.