Ministry of Labor claims that “pensions will not be cut” 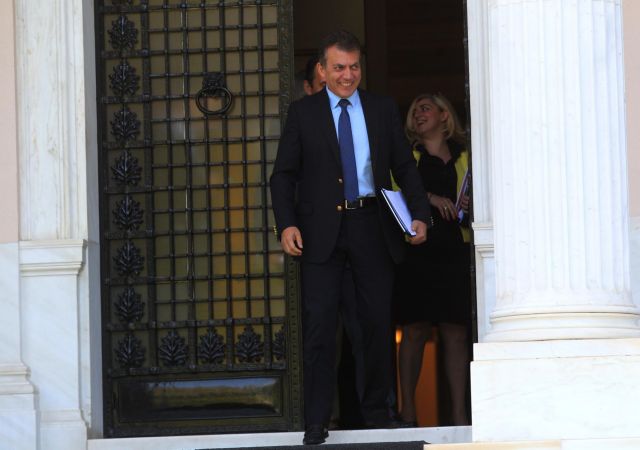 The troika had a series of meetings with government Ministers on Thursday, including Finance Minister Gikas Hardouvelis, his…

The troika had a series of meetings with government Ministers on Thursday, including Finance Minister Gikas Hardouvelis, his deputy Christos Staikouras and Labor Minister Yannis Vroutsis (pictured).

In the first meeting with the Finance Ministers, the troika appears to have come to an agreement over the 2015 budget. An unnamed senior Ministry officer reported that while the 3% GDP primary surplus goal remains in place, the draft may include a lower rate.

The Minister of Labor Yannis Vroutsis cited the ILO findings and argued that the Greek side would not back down from its opposition to the deregulation of collective redundancies. Another high-ranking officer noted commented that despite the troika’s pressure for a new insurance system, pensions would not face further cuts.

On Friday the troika is scheduled to meet with the leadership of TAIPED at 10am, followed by a 2:30pm meeting with the Minister of Environment, Energy and Climate Change Yannis Maniatis and a 6pm meeting with Mr. Vroutsis.