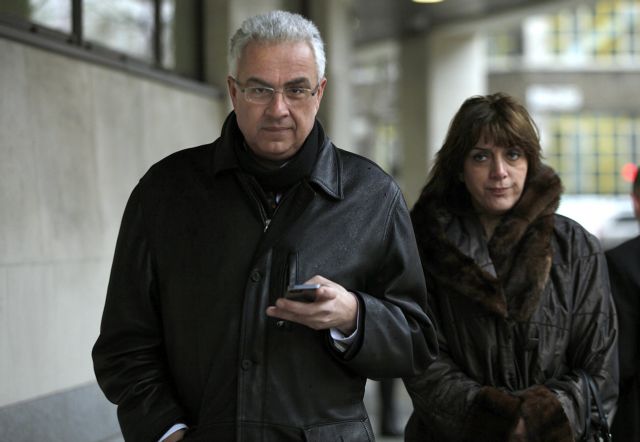 The British authorities extradited Kyriakos Griveas and his wife Anastasia Vatsika to Greece in connection to the investigation of the Postbank loaning scandal, where the two will face infidelity and money laundering charges.

The couple’s lawyer noted that his clients voluntarily resigned from all legal remedies and would have returned to Greece in July, but did not due to a sensitive family affair. The couple is expected to ask for an extension to prepare its defense, before being summoned to submit a deposition.

According to the investigation, the couple appears to have received a number of unsecured loans from the Postbank. In March and July 2009 the couple received a 17 million euro loan for C&C International, a conference and seminar organizing firm which they established. The loan was paid instantly without any guarantees, while the couple’s combined assets were valued at 3 million euros.

According to the prosecution’s investigation, about 15 million euros were collected by the couple and firm’s shareholders, which was then spent on acquiring three Cypriot companies that belonged to them and were facing troubles.

Furthermore, the Postbank and C&C International established the Postbank Green Institute that was meant to focus on environmental development. The new company received a 2.5 million euro loan in 2010, which appears to have been diverted to other companies belonging to the couple.