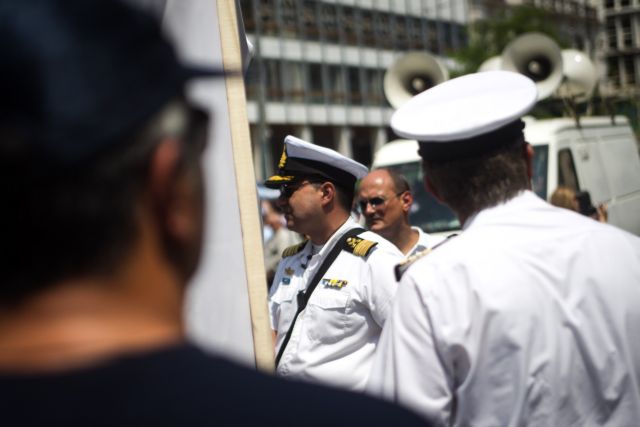 The uniformed officer unions are to file a complaint at the State Council against the government for not complying with the earlier State Council decision regarding the restoration of illegal wage and pension cuts. The unionists are planning to file the complaint by early next week in response to the coalition government’s decision to pass legislation affecting their pension funds.

The president of the Panhellenic Police Officer Federation (POASY) Christos Fotopoulos hinted that the unions are even considering a strike, indicating the unionist determination. Amongst the actions that the officers are considering are demonstrations outside the political offices of specific MPs, however their final decisions will be made next week.

The uniformed officer unions will be issuing a common statement later in the day, while publicizing the names of MPs who voted in favor of the controversial legislation. The unionists report that there is great confusion amongst officers regarding the effect of the government’s legislation on their pension rights, with many applying to leave the armed forces.