Avramopoulos to succeed Damanaki at the European Commission 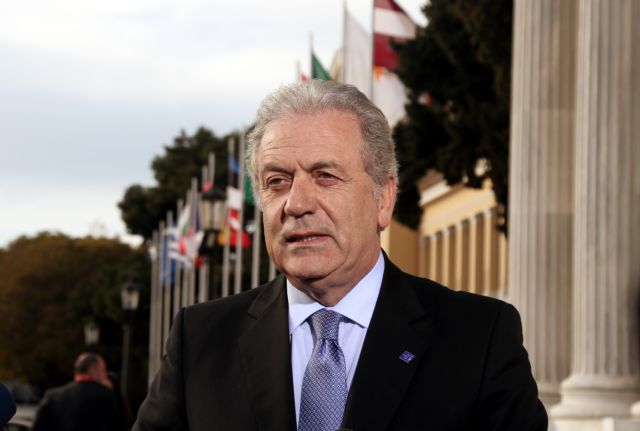 The announcement which came on Sunday was rather surprising, as Dora Bakoyanni had long been considered a favorite for the position. The Prime Minister contacted Mrs. Bakoyanni on Saturday afternoon and informed her of his decision, which is largely viewed as an effort to avoid creating any internal strife within the coalition government and New Democracy.

Aside from Mrs. Bakoyanni, Kostis Hatzidakis, Dimitris Kourkoulas and Anna Diamantopoulou were considered for the position. Mr. Samaras’ government partner and PASOK leader Evangelos Venizelos was in favor of reappointing Maria Damanaki, but agreed upon Mr. Avramopoulos.

Mr. Avramopoulos responded that he was honored to be selected for the critical position and stated that he would remain at the helm of the National Defense Ministry until the 15th of October, when he is to officially be appointed at the European Commission. Thanos Plevris is New Democracy’s runner-up for Mr. Avramopoulos’ seat in Parliament.

Furthermore, it has been suggested that Greece will claim the European Commission’s portfolio on immigration, which is currently handled by Scandinavian Commissioners. As European Commissioner, Mrs. Damanaki handled Maritime Affairs and Fisheries. Mr. Avramopoulos will have a first opportunity to discuss his appointment when he meets Jean-Claude Juncker in Athens on Monday the 4th of August.