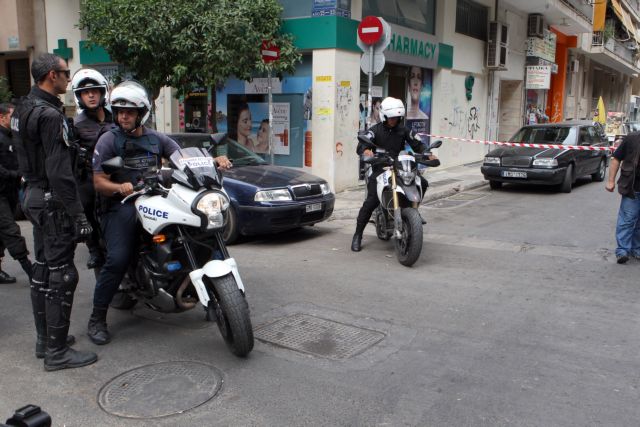 The police are investigating the identity of a group of individuals that opened fire on motorcycle police nearby the central Police HQ and the Appeals Court on Wednesday morning.

At around 8.40 am a DIAS motorcycle police squad followed a black Volvo, which appeared suspicious. When the group realized that the police were pursuing them, they stopped the car on Kedrinou Street and three individuals exited to open fire with Kalashnikov assault rifles against the police. The police responded to the attack and luckily there were no injuries reported.

The black Volvo was located nearby on Achaias Street and is being investigated for fingerprints, DNA and any other clues that might help the police identify the assailants. The fingerprint of an Albanian wanted for a string of robberies has been recovered. According to registration details, the car belongs to a Romanian man residing in Athens and has not been declared stolen.

A door-to-door search followed soon after, to locate the assailants who escaped on foot. The police are also examining video footage from nearby shops that captured the assailants’ movements.