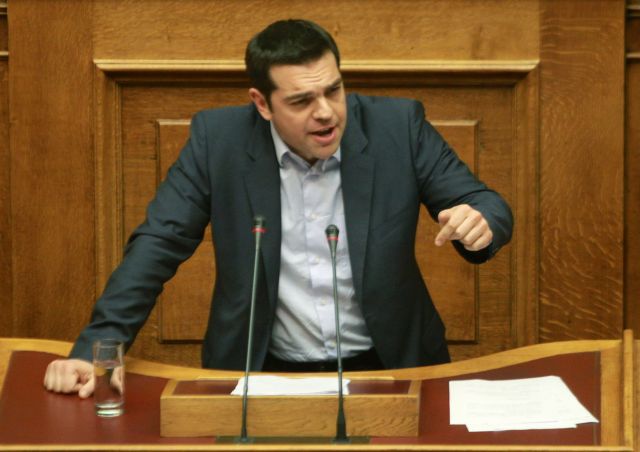 The leader of the Opposition Alexis Tsipras and the Minister of Finances Giannis Stournaras clashed in Parliament today, over the government’s decision to shut down ERT.

Mr. Tsipras claimed that the decision to shut down ERT was “a firework” after the “consecutive failures with DEPA, DESFA, the IMF reform and the Morgan Stanley report”. Mr. Tsipras also stated that “you will be remembered in history for the television black out”.

Mr. Stournaras responded that the closure was necessary in order to proceed with restructuring the ailing institution and that the ERT’s primary revenue was amassed via the DEI surcharge, rather than advertising.

The SYRIZA leader personally referred to government spokesperson Simos Kedikoglou and the way by which he was hired by ERT. Mr. Tsipras also accused the Ministry of Finances of making a list of recruitments for ERT’s replacement.