Greek Ports: The schedules of the procedures for Thessaloniki, Alexandroupolis, Kavala and Igoumenitsa 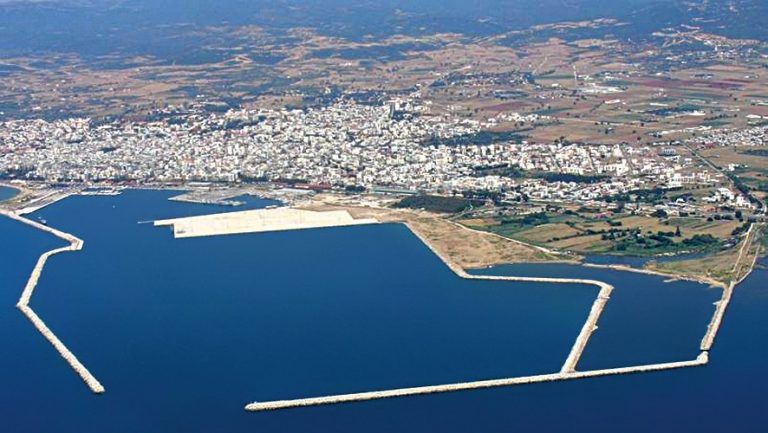 By the end of 2022, the change of ownership status in the port of Alexandroupolis is expected to be completed, while in the case of Igoumenitsa, the binding offers are expected to be evaluated in the summer. At the same time, the investments in the port of Thessaloniki, amounting to 300 million euros, and especially those in the 6th pier of the port of Thessaloniki, are “running”, with the prospect of tripling the capacity of receiving and servicing containers, while the procedures are entering the final stretch for evaluation (of the dossiers submitted by the interested investors) for the port of Kavala. The timetables of the procedures in the four ports were confirmed by the Deputy Minister of Interior (Macedonia-Thrace), Stavros Kalafatis, during his greeting at the conference on Egnatia Ports, organized today in Thessaloniki by the Special Standing Committee on Hellenism of the Parliament, in the context of the joint meeting of the Committee with the board of directors of the World Hellenic Inter-Parliamentary Association (WHIA).

Mr. Kalafatis added that the development of the four ports opens new perspectives at regional and local level, noting that the top priority for the government is the development of the 10 largest regional ports in the country (Alexandroupolis, Kavala, Igoumenitsa, Volos, Elefsina, Rafina, Corfu, Patras and Heraklion). The deputy minister also pointed out that the planning for the road connection of the port of Thessaloniki with Egnatia Odos and the Thessaloniki FlyOver is progressing, after the signing of the contract with the winning bidder, with a time horizon of completion in 2023. At the same time, the railway connection to connect port with the existing line is on track, and is at the stage of announcement. “Despite the difficulties caused by the explosion of energy prices around the world, Greece is changing. Macedonia, Thrace and Thessaloniki are changing with it – and it is changing even faster – where works and procedures are underway for more than 20 development projects”, concluded the Deputy Minister of Interior.

In the shadow of the Ukraine war and the economic and social uncertainties that arise due to this, the discussion on safe and unimpeded freight movement becomes “tragically topical”, as the president of the Regional Union of Central Macedonia Municipalities, Ignatios Kaitetzidis, mayor of Pylaia-Chortiatis, adding that, in addition to Thessaloniki, major projects are underway in other regional ports, from Igoumenitsa to Alexandroupolis, “whose strategic role, militarily and commercially, is widely acknowledged, especially after the upgrade of our country’s alliance with the USA.” Mr. Kaitetzidis also made special mention of the development of the coastal front of Thessaloniki, from Kalochori in the west to Angelochori in the east, 40 kilometers of continuous coastal zone for recreation and walking, with places of culture and sports. “The municipality of Pylaia-Chortiatis is ready for the big project, by proceeding with a huge renovation, with the construction of the marina that is being implemented in Pylaia. A dynamic project, with a budget of about 40 million euros, which will accommodate 440 boats, as well as a series of infrastructure with buildings with a total buildable area of ​​5,547 sq.m. and activities of health interest, port station, sanitary facilities and yachting shops, heliport etc ».

The biggest “elephant in the room”, China’s “Belt and Road” and the need for infrastructure

The need to reduce freight times between Europe and Africa, but also to create new connections between the two continents, at a time when China is investing in the “Belt and Road Initiative”, said Kenyan MP Esther Pasaris, who earlier toured the premises of the Thessaloniki Port Authority. Ms. Pasaris also stressed the need to fight corruption, which she said is the “biggest elephant in the room” in Africa, but a phenomenon also known in Greece, while emphasizing the importance of building infrastructure. She added that Kenya is trying to regain the lost ground of 50 years in terms of its infrastructure, having started from the road network and then the railway, while now it is the ports’ turn. She noted that the port of Mombasa has the capacity to handle 2.5 million containers a year, while the second largest port in Lamos is also under development, creating both new prospects for easier transportation of cargo in a wider geographical area of ​​390 million inhabitants.

“In the east of the West we have all the guarantees of development and no excuse to remain inactive,” said the rector of the Aristotle University of Thessaloniki, Nikos Papaioannou, who called on Greeks in the Diaspora to become ambassadors of Greek education abroad. He pointed out the need for the institutional framework for Greek universities to become more flexible and for their response time to developments to be faster.

As a crucial parameter, which is expected to contribute substantially to the economic and social development, with varied and multiplier benefits at local and national level, the host of the event, Savvas Anastasiadis, chairman of the Standing Committee on Hellenism of the Parliament characterized the utilization of the potential of the ports of Igoumenitsa, Thessaloniki, Kavala and Alexandroupolis. “Of particular interest is the wager on the effective integration of the four major ports in the  road and rail transport network. This is at a time when the New Democracy government has set as a priority the upgrade and modernization of our railway network with the largest package of projects ever done on the railway, amounting to 3.5 billion euros. The interconnection of the ports through the Egnatia Odos and their connection with the railway network is beneficial for everyone, as it will lead to the upgrading of the strategic role of the ports and will change the transport map,” he stressed, while pointing out the need for the pursuit of cooperation and broader consensus to be high on the agenda, since “by joining forces between the cities – ports of the Egnatia Odos, Northern Greece and the whole country are facing opportunities for economic recovery, increased export flow and enhanced employment.”