The discussion reaffirmed the excellent bilateral relations and the common will to deepen cooperation between the two countries in the field of tourism. 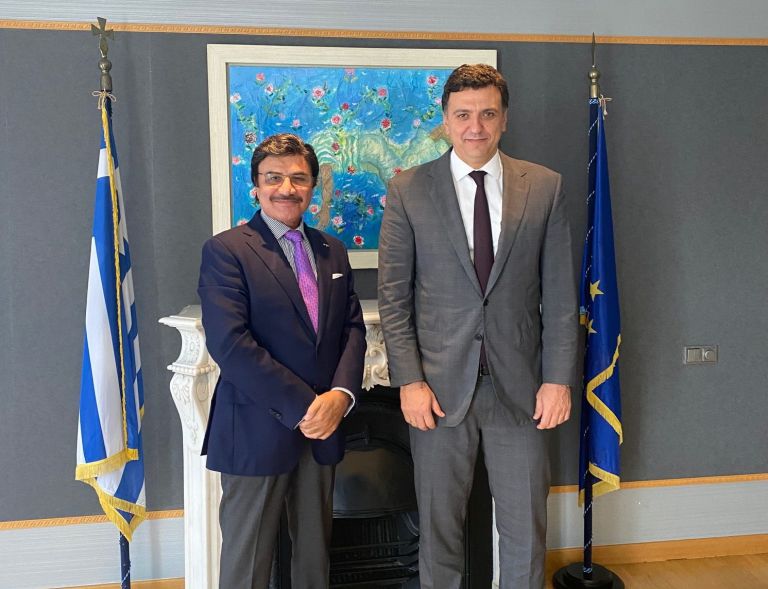 The issue of investments in the tourism sector was discussed, among other things, during the meeting of the Minister of Tourism, Vassilis Kikilias, with the Ambassador of the United Arab Emirates, Sulaiman Hamed Salem Almazroui.

According to the ministry’s announcement, the discussion reaffirmed the excellent bilateral relations and the common will to deepen cooperation between the two countries in the tourism sector.

The UAE ambassador praised the dynamics of Greek tourism and pandemic management from Greece, noting his country’s interest in investing in tourism as well.

The Minister of Tourism thanked the Ambassador and pointed out that the Greek government has intensified its efforts to create a favorable investment climate.

Mr. Kikilias also stressed the success of the Emirates Dubai-Athens-New York air connection, which operates 12 months a year, and discussed the possibility of a Dubai-Thessaloniki air connection, in the context of the tourism development of Thessaloniki and Central Of Macedonia.