Professor Charalambos Gogos said that the main concern now is the spread of the virus as the weather gets colder, as social activity moves indoors mwhere there are no inspections, leading to a major rise in the number of cases. 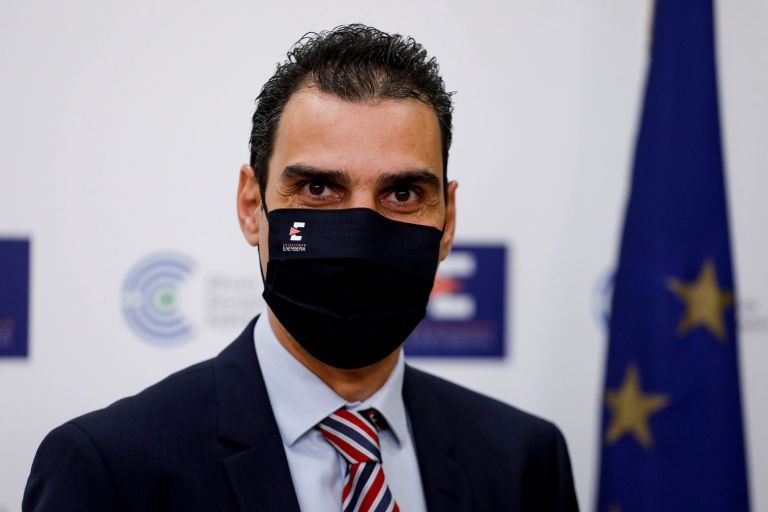 With hospitals in northern Greece already over-burdened with COVID-19 cases, in large measure because of the low rate of vaccination in the region (in some areas as low as 40 percent), experts on the National Committee on COVID-19 are expressing deep concerns of a major spike in cases in the region in the next two months

“The National Health System is under severe pressure in areas of northern Greece and the situation is difficult,” said Patras University Professor of Infectious Diseases and Pathology Charalambos Gogos, a member of the Committee, noting that the significant drop in the rate of vaccination nationwide does not bode well for the evolution and spread of the virus.

“More citizens must be vaccinated in order to reach the desired level of immunity,” he told ANT1 television today.

Gogos said that people in younger age brackets have the lowest rate of vaccination, but that the concern of experts is focused on the fact that 25 percent of citizens over the age of 65 have not gotten the jab and that it is mainly they who fall seriously ill and are intubated, further burdening the health system, with serious repercussions on the treatment of other diseases.

When asked about the safety of parades to be held on the 28 October national holiday in Thessaloniki and elsewhere he said that if public health measures (social distancing and masks) are enforced one would not expect a rise in the number of cases.

He said that the main concern now is the spread of the virus as the weather gets colder because social activity moves indoors, in places where there are no inspections, and that may lead to a major rise in the number of cases.

Dimosthenis Sarigiannis, a professor of chemical engineering at the University of Thessaloniki, said that if the rate of vaccination does not increase there will be a gradual but steady hike in the number of cases which will be evident in November and will peak in early December.
He said that the number of new cases and limiting the spread of the virus depends on the number of COVID-19 tests, which has dropped by 100,000 daily over the last weeks

Marios Themistokleous (photo), the health ministry’s general secretary for primary healthcare who is in charge of the “operation Freedom” vaccine rollout, was noncommital when asked whether the government plans to offer additional incentives.

“The public information campaign can also change the incentives. We are taking action in every way possible to persuade all these people. We want to vaccinate 20-30 percent of those who have not gotten the jab. We can certainly can persuade a segment of this group. We have given incentives to younger people [over the summer, with a 150-euro voucher for holiday travel]. If we need to do something on a more massive scale we will announce it.”

Regarding the government’s strategy in northern Greece, which he visited recently, Themistokleous said that the health ministry sent mobile vax units to the regiοn quite a while ago to administer vaccines and to persuade those who fear them and are wavering.

“This time we focused on areas with a low vaccination rate. We find that some people are reluctant. They speak with the healthcare workers and we managed to persuade some people to get the jab. We will continue with that. Those in younger age brackets have the lowest rate of vaccination,” he said.