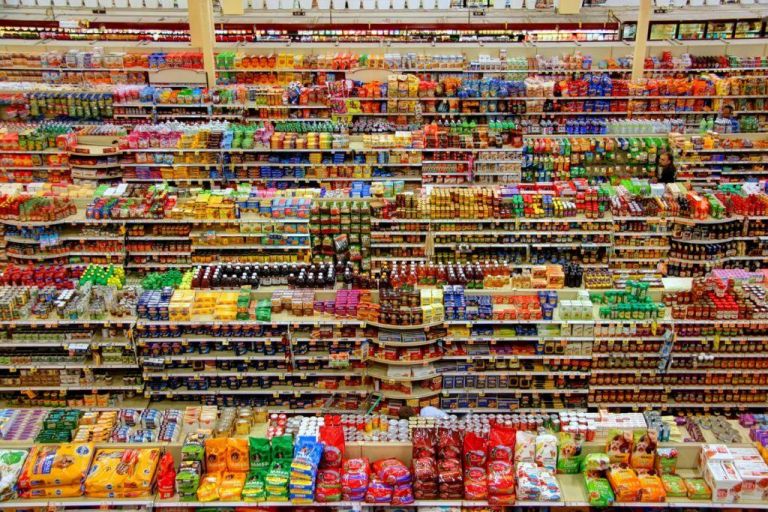 With a turnover of 9.26 billion euros and net profits of over 145 million euros, the big 7 of the organized retail sector were the most profitable in the domestic retail trade in 2020.

If we add to the performance of Sklavenitis, AB Vassilopoulos, Metro (My Market), Masoutis, Galaxias, ANEDIK Kritikos and Market the turnover of the discount chain Lidl Hellas, which is in the top 3 of the industry but does not publish a balance sheet, the “account” exceeds 11.3 billion euros in 2020, an amount that as everything shows is maintained during this year despite the return to normalcy.

Sales in the supermarket sector in the year marked by the pandemic, according to NielsenQ, showed an increase of 9.7% (venues over 100 sq.m. of mainland Greece and Crete, including Discounters), while according to the company According to IRI surveys, the growth of supermarket sales since the beginning of 2020 was in double digits and stood at 10.4%.

According to Nielsen, this growth is the highest annual change in at least the last fifteen years. In total, the additional turnover of supermarket chains in the pandemic exceeded 900 million euros.

At the same time, the 7 largest chains – with the exception of one – proceeded with hundreds of hirings in order to respond on the one hand to the explosive growth of e-sales and on the other hand to the organic development of their networks.

It took the Sklavenitis family only 3 years to “turn the ship around”. Recording a double growth rate in 2020 from the whole market, the Sklavenitis chain seems to have been the most favored in the year of the pandemic as it showed profits, for the first time since 2017, when it acquired the control of the bankrupt Marinopoulos chain.

AB Vassilopoulos: Smaller increase in sales compared to the industry

In second place in terms of turnover – after Sklavenitis – AB Vassilopoulos managed in 2020 to “break” again the limit of 2 billion euros after a hiatus of two years. It is recalled that in 2016 and 2017, the chain, which is a member of the Dutch-Belgian group Ahold Delhaize, had benefited significantly from the collapse of Marinopoulos and was at the top of the domestic supermarket sector. However, last year’s sales are below the 2016 highs.

Specifically, turnover amounted to 2.02 billion euros in 2020 at group level (2.018 billion euros at company level) from 1.94 billion in 2019, showing an increase of 3.76% at group level and 3.60% at company level. The rise, according to the financial report, is due to the increase in home consumption which led to increased consumer spending due to the Covid-19 pandemic.

At the end of the fiscal year 2020, the sales network of AB Vassilopoulos numbered 543 stores, of which 310 were corporate retail stores, 219 franchise stores, and 14 wholesale stores.

METRO: More than doubling of profits

With 403 more employees compared to 2019 and a 6% increase in turnover, METRO SA (My Market in retail and Metro Cash & Carry in wholesale) of the Panteliadis family doubled its profits in 2020. The significant profitability of the group is attributed to maturity of the investment from the acquisition of Veropoulos.

Specifically, the result of the period after taxes amounted to 22 million

During the year 2020, the company had 3 Distribution Centers, in Oinofyta, Boeotia, Mandra, Attica and Gefyra, Thessaloniki, 50 wholesale stores, one of which is a delivery center (METRO Cash & Carry), 227 retail stores and 17 service stations. liquid fuel.

The Masoutis chain based in Thessaloniki recorded a double-digit increase in profits in 2020. Specifically, profits after taxes amounted to 9.92 million euros from 8.26 million euros in 2019, recording an increase of 20%.

The Galaxias supermarket chain (PENTE SA) closed in 2020 without debts to the banks – for another year – and with an impressive increase of profits by 123.16%.

The total number of stores included in the company’s network (corporate, dealers, franchise) at the end of 2020 amounted to 231. To these should be added 140 stores which are affiliated with the franchise method with its subsidiary CRM SA, in Crete.

The chain lists a total of 196 stores.