‘The worsening of my health condition, which requires hospitalisation and treatment, forces me not to participate as a candidate in the process of electing the president of the Movement for Change,’ the centre-left party’s leader announced. 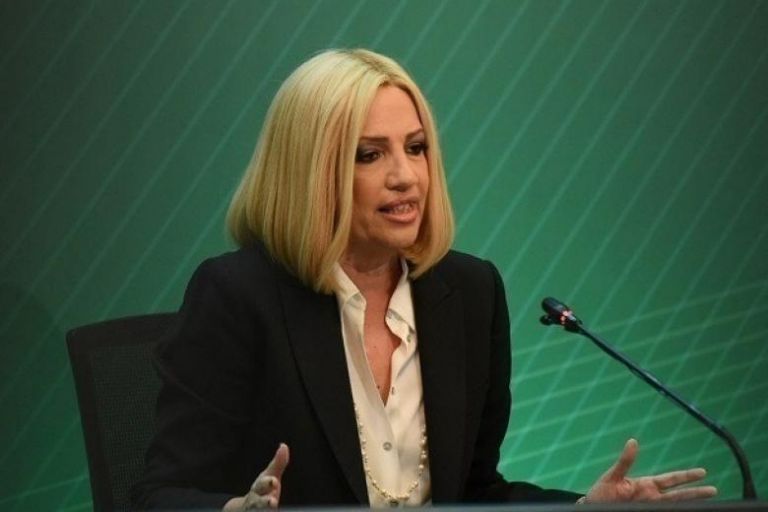 The leader of the centre-left Movement for Change (KINAL), Fofi Gennimata, today announced her decision to withdraw from the upcoming leadership contest, after her emergency admission to Athens’ Evangelismos Hospital.

“The worsening of my health condition, which requires hospitalisation and treatment, forces me not to participate as a candidate in the process of electing the president of the Movement for Change. As president until the election of the new leader and as an MP thereafter, my priority remains the unity and prospects of the party,” Gennimata announced.

She was admitted to hospital last night with symptoms of intestinal obstruction but attending physicians confirmed that she has had a cancer relapse.

Gennimata has in the past suffered from breast cancer and has since made an effort in interviews to sensitise the public to the disease. She has said that both of her parents died of cancer within a span of seven months.

She is the daughter of the late PASOK founding member Yorgos Gennimatas, one of the most highly respected members of the then huge socialist party who is credited with the creation of the National Health system, as Andreas Papandreou’s health minister.

The centre-left Movement for Change is the successor of Pasok, which was annihilated during Greece’s decade-long economic crisis, though most of what was left of PASOK’s base migrated to SYRIZA and KINAL today garners about six percent in opinion polls.

One of her main challengers for the party leadership, MP Andreas Loverdos, has pledged that if elected he will rename the party PASOK.

The other candidates are KINAL’s MEP Nikos Androulakis (who after Gennimata’s announcement said he is suspending his campaign) and Haris Kastanidis, who was once one of former PM George Papandreou’s close associates.

It is unclear whether she intends to support, publicly or informally, any of the other candidates.