Tzanakis – Those who return from the islands must be very careful 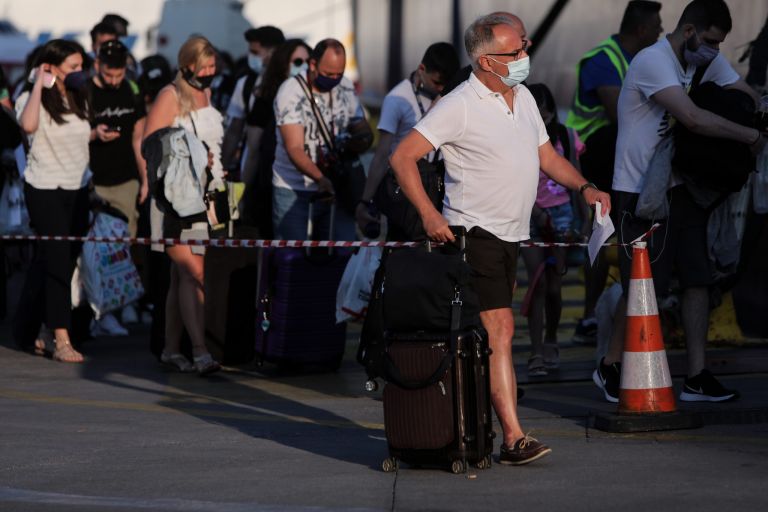 The Professor of Pulmonology also noted that “we must protect the unvaccinated, not throw them condemn them to death”

Mr. Tzanakis initially stated that Crete is not – as it is believed – the worst Regional Unit. “Crete hosts close to 2 million people, it is no longer 600,000, it is half of Attica. It presents a problem, but the health system of Crete is at 60% of its power.

People should not be afraid that they will not receive the best care. There are 27 intubated units. This with the potential of the cases is a miracle that is due to even the partial vaccination”, he stressed.

“There are regional units, all tourist destinations, that have a large epidemiological burden,” he added.

What those returning from vacation should do

“We must protect the unvaccinated, not throw them condemn them to death,” he said.

Referring to the example of Israel, he noted that the rate of 65% vaccinated people that the country reached were not enough.

“Excursionists returning from the islands must be very careful. Wear a high protection mask, it would be good to do 2-3 self tests, one every two days, the rapid test before returning to work and to their relatives “, he stressed about the possible ways to prevent the transmission in the urban centers.

“Reducing the mobility of the August holidays after 20/08 will probably allow the epidemiological burden of the islands to de-escalate. It is not ruled out that we will see a de-escalation of the pandemic in September”, he stressed and referred to the value of the vaccination.