Ankara is claiming half of all of Cyprus’ natural resources, despite the fact that the Turkish-Cypriots comprised on 20 percent of the island’s overall population at the time of the 1974 Turkish occupation. 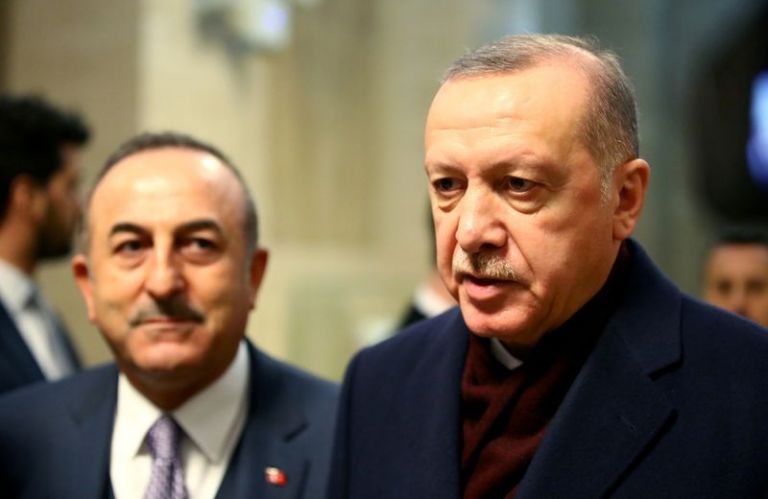 Straight on the heels of the signing by Greece-Cyprus-Israel of the EastMed pipeline agreement in Athens, the Turkish foreign ministry blasted the deal as yet another effort to lock Ankara and Turkish-occupied Cyprus out of the east Mediterranean oil and gas game.

“The signature of the agreement on the EastMed natural gas pipeline project is the latest instance of futile steps, aiming to exclude Turkey and TRNC in the region,” said Turkish foreign ministry spokesman Hami Aksoy in response to a journalist’s question.

Turkey as protector of Turkish-Cypriots’ rights

Aksoy said that beyond international law Turkey still has the longest Mediterranean coastline. He also underlined that the Turkish Cypriots residing in Turkish-occupied northern Cyprus are entitled to their share.

The legitimate government of the Republic of Cyprus has repeatedly stressed that the Turkish Cypriots will get their fair share of the wealth following a Cyprus settlement.

Turkey declares it will not be locked out

“Any project disregarding Turkey, who has the longest coastline in the Eastern Mediterranean and the Turkish Cypriots, who have equal rights over the natural resources of the Island of Cyprus, cannot succeed. We bring this fact once more to the attention of the international community,” he underlined.

Hence, in a thinly veiled manner Ankara is claiming half of all of the island’s natural resources, despite the fact that the Turkish-Cypriots comprised on 20 percent of the island’s overall population.

Aksoy stressed that transporting the gas through Turkey to Europe is commercially and economically the best choice.

“Turkey is the most commercially feasible and secure route for the utilisation of the natural resources in the Eastern Mediterranean and their transfer to the consumer markets in Europe, including Turkey,” Aksoy stated.

“Refusing to cooperate both with us and Turkish Cypriots in spite of this fact is actually a direct manifestation of some countries’ pursuit of futile political motivations instead of cooperation. We remind the proprietors of the project that such sordid plans will continue to fail [collapse] in the future, as they did in the past,” he concluded.