Editorial: Greece in the era of instability

Developments in Syria and the Middle East more generally have offered space to Russia and regional authoritarian leaders. 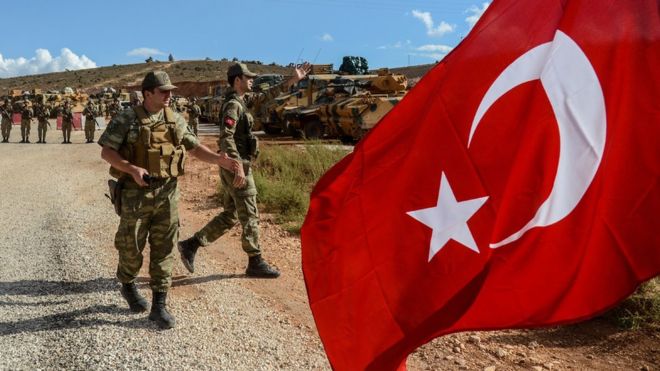 Undoubtedly the global political system has entered a period of instability and we can see that and the resulting complications on a daily basis.

The actions of the US President have undermined the credibility of the once sole superpower.

Developments in Syria and the Middle East more generally have offered space to Russia and regional authoritarian leaders.

Europe is absorbed with its own problems without inspired and strong leadership and is increasingly less involved with global affairs.

The EU is entrapped in its fears and reservations as is witnessed by its assigning of the management of the refugees and crisis to the Turkish government which sees it from a commercial point of view.

The one-time British Empire appears immobilised and inert, caught up in an inconceivable Brexit crisis.

At the same time waves of US protectionism have shaken international trade, have undermined international trade, have undermined global growth, limited the rise of China, limited the power of India and rising Indian and Latin American economies, and have trapped embattled Africa turning it into a centre of refugees and migrants.

One also faces climate change and its repercussions.

In this international confluence of events alliances are tested, givens are challenged, new forces are emerging and the world is becoming more multilateral and complex with demands and threats that affect smaller countries.

All these events find Greece in a crucial phase as it struggles to exit the great economic crisis and seeks an economic rebirth and reconstruction.

Greece’s effort will not be easy. It will require delicate manoeuvres, and diplomatic and other capabilities to transcend the threats of neigbours, the Russians’ warnings about the consequence of US actions, and the complications that will be triggered by the tumult in the Southeastern Mediterranean and the Balkans.

Greece must demand more boldly EU support and exploit US needs even as it benefits from the Chinese interest in investments in Greece, taking into account the US-China competition.

Greece must also exploit a possible German interest in placing Greece on the map of global restructuring.

One must also look at possible opportunities arising from intermediate countries such as Japan, Canada, and India which will be seeking bilateral agreements in order to transcend global trade impasses.

In a constantly shifting global landscape such planning is absolutely necessary.

The crisis and its complications are difficult to handle yet they offer opportunities as long as one is prepared to embrace them, as has been proven historically.